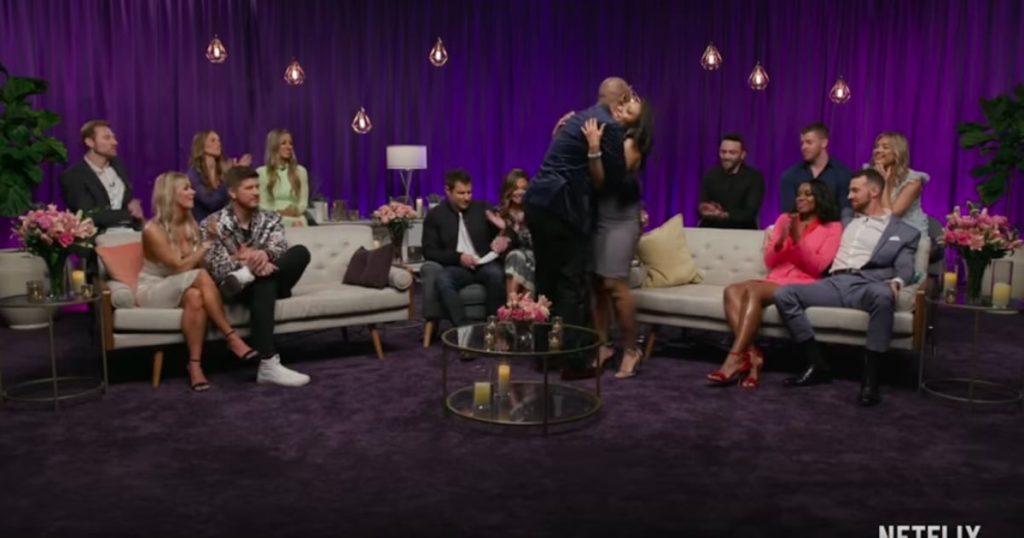 Love Is Blind Season 2: Renewed Or Not? Everything That Could Happen!

Netflix’s new dating reality tv series, Love Is Blind, premiered in February 2020. The show has ten released episodes, along with a special reunion special. The fans received the show very warmly, and hence questions on Love is Blind season 2 are being raised. Read here about everything that’s up with the show.

The series has thirty men and women who are looking for love. Men and women date each other in various pods where they get to talk to each other without knowing how the other one looks. When they decided that they were ready, men were able to propose to the woman they wanted to marry. After the proposal, they got a face-to-face meeting for the first time. Following that, they are sent to Playa del Carmen, Mexico. During this trip, they had an opportunity to know their partner better.

After the holiday, the engaged couples moved in together. Their families also meet and explore their living conditions. At the altar, when these couples get married, they need to make the final decision and answer the question, Is Love Blind?

It looks like there is a possibility that Love is Blind season 2 may get a reunion. It was subtle but is on everyone’s mind anyways. Adding fuel to this fire, the marriage models Nick and Vanessa Lachey have teased the possibility of a second installment. By the end of the reunion special, Vanessa got very emotional after she heard Giannina and Damian apologizing to one another for their rough start on the show.

Along with that, she also heard Lauren Speed discussing her connection with her husband, Cameron Hamilton. Lauren was talking about their first Thanksgiving holiday together and how both the families came together to celebrate it. Vanessa told everyone about how impressed she was with the way Lauren and Cameron’s relationship turned out. After that, she extended her praise for everyone else who was working on themselves after being a part of the show.

When Vanessa was delivering her teary-eyed speech, she congratulated every participant for proving that love is really blind. Along with that, Participants also showed how they thought that Love is Blind experiment really worked. So, it wouldn’t be a waste of time if it is tried again.

The show is due for renewal yet. But the question here is, why is Netflix dragging the announcement? Perhaps that can be because of the production cost. Netflix has previously been to Atlanta, Georgia, to house its infamous pod that has become the talk of the town. Since another reality show Married at First Sight and Love Is Blind share the same production company, there are doubts whether the show will move city to city. If that is the pattern, we think Netflix will wait a bit until they have a solid cast. Along with that, the production will also try to cut short the time it takes between the completion of the season and their releases.

Whenever there is something that is hit among the fans, the network does not hesitate to announce another installment. Netflix has evidently been excited about how the fans have welcomed it.  So, we the fans can still have hopes on the show getting a renewal.

Since the show isn’t renewed yet, it wouldn’t be wise to predict a release date yet. However, we will keep updating this place with all the new news that comes by. So, you stay tuned with us. In the meantime, if you haven’t already watched the show yet, it’s streaming on Netflix now.