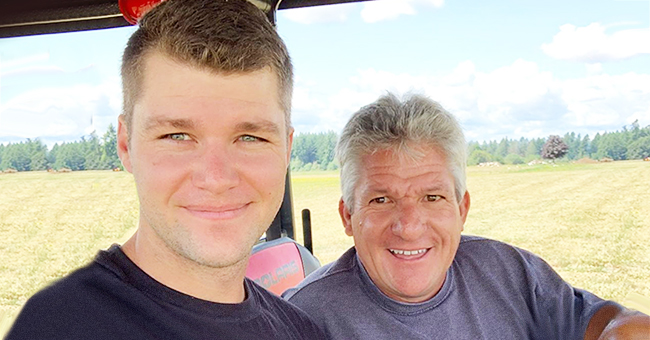 LPBW: Roloff Family Reunites At The Farm Matt Brings His Kids Together Including Jeremy & His Wife Audrey

In the past few years, a lot of things have changed for the Roloff family. It started with almost all of Matt and Amy Roloff’s kids leaving TLC’s reality show Little People Big World. Later on, we all saw Matt and Amy’s messy divorce play out on screens and the family shattering down with it. Only recently, we also heard about the feuds going on between the brothers. Yet, despite all that, Matt has tried his best to bring them all back together, and it surely seems to be working.

recently shared a heartwarming post bragging that his “Life is good.” Yet, fans are happy that he was able to reunite his family and is having fun with all of them. Well, we previously heard that things between him and Jeremy are bad because of the property. However, it seems like they’ve sorted out that as well. Here’s how things went.

For the past few weeks, we’ve come across a lot of rumors related to Jeremy’s bad relationship with Matt and the rest of the Roloff family. While some of them might still be true, it seems like he does not have a lot of issues with his dad anymore. Previously, Jeremy confirmed that he offered to buy some property at the Roloff farms, but his deal was rejected. As far as it looked, Jeremy wasn’t on good terms with his father due to Zach getting to live at the farm and not him. Fortunately, things are now mending, and Matt was even spotted hanging out with Jeremy’s daughter Ember.

Matt Roloff recently posted some pictures of how his weekend went. The first one included an adorable drawing by Ember, which she made for her grandpa. There were also some pictures of Zach’s son Jackson and one where Matt captured Jackson and Ember both sitting together. The LPBW patriarch talked about how fun and productive his weekend was, as he played with his grandkids. Later on, he also had breakfast with his daughter Molly and her husband, Joel. On the other hand, Matt talked about plenty of things, including working on a project around the farm with Jacob. He even enjoyed a wedding Saturday night with his friends.

Given that he’s hanging out with Ember, his relationship with Jeremy might be healing. Besides, fans were glad to know that his weekend included almost all members of his family, which means he’s trying to bring them all together. Matt ended the caption of his post by saying that “Life is good,” and his followers can’t be happier.

Little People Big World: Is Jeremy Coming Back On The Show? Did He Get A Share Of The Farm?

Well, as per the looks of it, Jeremy Roloff had issues with his family members due to his father’s property. Even though his offer was rejected, Zach seems to have got the deal in the recent episodes of Little People Big World. However, since his relationship with Matt seems to be better now, fans wonder if he’s getting a share in his father’s farm. Previously, the Roloff grandpa mentioned that he wants all his kids to have a share in his property. While Zach and Jacob already seem to be living at the farm, Matt might try to bring in Jeremy as well. However, we won’t get to know for sure until the TV star confirms.

For long, fans of the show have been constantly asking whether Jeremy and Audrey will be back. The comments under Matt’s latest post were asking about the whereabouts of Zach’s twin brother. However, previously, when the TLC star was asked if Jeremy is coming back, he refused. Matt explained that his son and his wife Audrey wanted to start something on their own. Hence, he might not plan on doing reality TV again. In case he ever does, we will surely let you. Keep connected to TV Season Spoilers for more LPBW news updates.