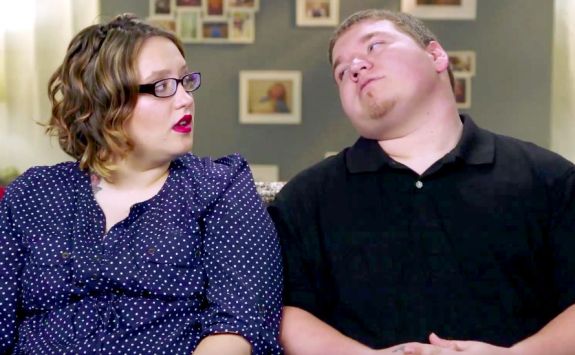 Mama June: Pumpkin Praises Her Husband, Josh, For Stepping In And Giving Fatherly Love To Alana

Mama June had an estranged relationship with her daughters. She was not there for Honey Boo Boo when she needed her mother the most. At that time, Pumpkin and Josh took responsibility for Alana. They took care of her as her mother and father. And, on the occasion of Father’s Day, Pumpkin thanked her husband for stepping up as a fatherly figure in Honey Boo Boo’s life. Let us look in detail at how Pumpkin praised her husband.

Pumpkin and Josh took a lot of responsibility on their shoulders ever since June went out of their life. Just as Mama June went to jail, Pumpkin and Josh stepped in and took care of Honey Boo Boo. They tried to provide parental love to Pumpkin’s little sister. So on Father’s day, Pumpkin took it to social media to thank her husband for being a father to Ella, the coming baby, and Honey Boo Boo. The star wrote, “Happy Father’s Day to this handsome hunk I get to call my husband. One day isn’t enough to honor how special you truly are as a father, not only to our 2 but to Alana as well.”

The soon-to-be mother of two claims to be forever grateful to him for stepping up when he didn’t have to. Pumpkin feels there couldn’t have been anyone better than Josh who could’ve become the fatherly figure to her family. Well, fans have also witnessed Josh being caring and considerate towards his family.

Fans know that Josh made efforts to raise Alana, but Pumpkin equally did her best. Earlier this week, Anna Cardwell also noticed her sister’s hard work and struggle. She even praised Pumpkin for doing a better job raising Alana better than their mother. The Sun reported Anna, aka Chickadee saying, “Alana seems a lot better being raised by Pumpkin.”

Pumpkin is pregnant with Josh’s second child. Indeed, she is soon going to handle three kids, her newborn, Ella, and a teenage sister. So would it be difficult for Pumpkin to do so? It will definitely be. However, Anna has faith in her sister that she will manage everything. Fans also know Honey Boo Boo will not cause any trouble to her sister as she is a lot more mature than her age.

Anna also noticed her youngest sister and said, “Alana is doing great in school these days.” She was proud of Pumpkin that she stepped up to take care of Alana while their mother was busy in her own world. Pumpkin recently had her baby shower. And all her family members were present at the party. The star then revealed that she will be welcoming a baby boy named Bentley Jameson into her family this July.