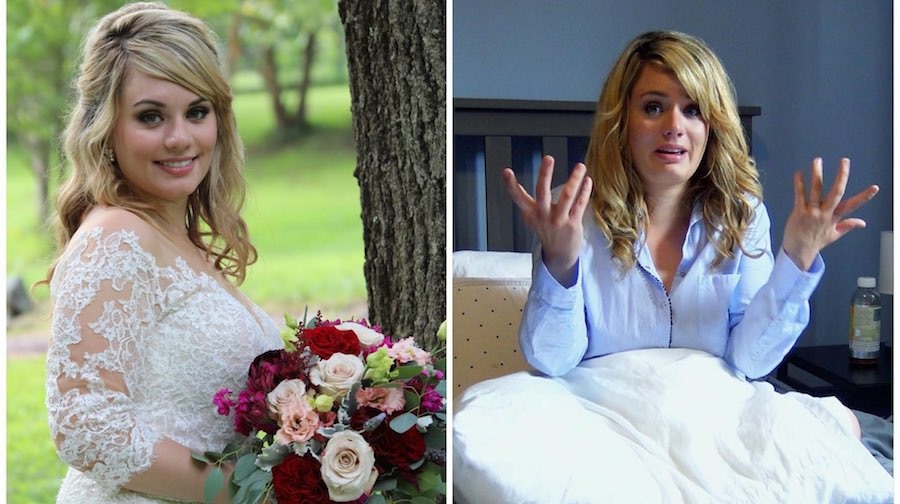 Since Married At First Sight star Kate and Luke’s divorce finalized, she has been wondering what to do with her dress. She reached out to fans on Instagram for suggestions and decided to donate her wedding dress. As for her reunion dress, she hosted a giveaway, and the winner is finally out! Let’s take a look.

Kate Sisk posted a story on Instagram about her reunion dress giveaway winner and where she is donating her wedding dress. She has received many suggestions about where she could donate the wedding dress and is really thankful to them. She ultimately decided to go with Adorn and Grace. Kate mentions in her story that she visited the website and found out that sex trafficking happens in every part of the world.
She digs a little deeper and examined how it happens. The most common incident is the man pretending to be the boyfriend and playing a game until he achieves what he wants. She brings the horror to a halt and goes back to announcing the winner of the giveaway.

The dress winner is Paisley. Kate loved her stories, and she was comfortable in her own skin. The confidence appealed to her. She could relate to her and mentioned that sometimes you have to fight for your confidence. She congratulates her for winning the giveaway. As for those who didn’t win, Kate announced that she would host another giveaway in June.

MAFS: How Is Kate Coping With Her Divorce?

Kate Sisk seems to be in full on Taylor Swift mode when she writes a song about Luke. She has released the song, and MAFS fans couldn’t help but make references to Luke. She sings, “I keep waiting for you.” It could refer to the time when she thought Luke was the one only to be disappointed later. She doesn’t know whether the timing is to blame, or it’s her who was to be blamed. Kate questions what she saw in Luke and also ponders over what led to their marriage to a demise.
One thing is for sure. Just like Kate pulled many sympathizers with the way Luke treated her, she is going to attract listeners for her song. However, the reality TV star has moved on ever since. After the series was over, she and her co-star jasmine were spotted dancing it off with other men.

In the video description, Kate mentions that in a fresh breakup, your mind knows that it’s all over, but your heart doesn’t. The sending of the song “Don’t cry too often over silly boys. Oh, but this one, I didn’t have a choice” relates to the times she sobbed over Luke’s actions. At some level, Kate is still wondering whether she made the right choice. However, fans have always been eager for her to leave Luke and move on with her life.