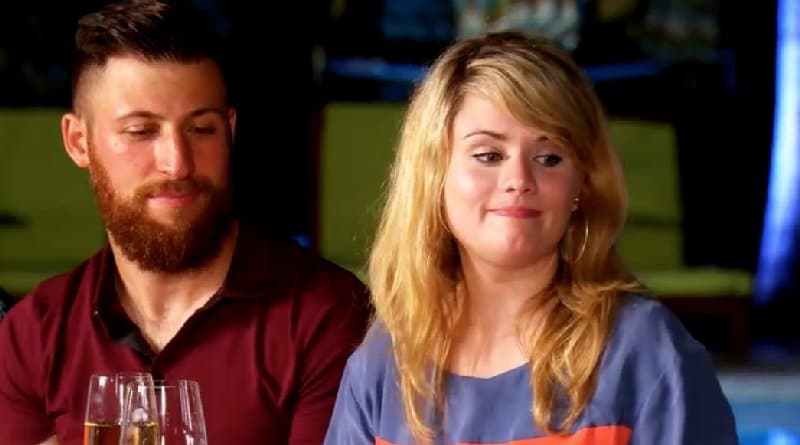 Kate and Luke are one of the ‘Married At First Sight’ Contestants who have been in the news for their puzzling relationship status. Luke is not at all interested in Kate. Moreover, he isn’t trying as hard to make the marriage work. In the recent episode, we saw that Kate was considering divorce as an option. The episode from last week also teased that Kate has something she needs to say to Luke. It is a secret she has been keeping from her husband.

Married At First Sight: Kate Keeping a Secret From Luke

The season 8 episode 11 of MAFS is titled “My Little Secret.” There is only one week left to the decision day. During this time it is important that Kate and Luke address any questions that have been left unanswered in their marriage. But fans were shocked to know that Kate had a secret that she had been hiding from her husband. Sending AJ over the edge, Kate revealed the big secret.

What secret is she keeping? 🤔 Find out on a brand-new episode of #MarriedAtFirstSight Tuesday at 10/9c. pic.twitter.com/hv2Rv8kQH1

The most troubling part is that no one is able to find out any clues about the secret. Some say it is just a way of the network to add some spice to the drama. Those who handle the fan account have been trying to uncover hints leading to the reveal. Unfortunately, there are still no clues.

AJ has full sympathy for Kate. He felt devastated when Luke ditched her on her one month anniversary. On unfiltered, he said that he feels like Luke has already backed out from the marriage and the experiment as a whole. He isn’t saying yes to a divorce. At the same time, Luke is not putting any effort to make this marriage a success. AJ considers him to be selfish and putting zero efforts in anything except himself.

Luke left at 8:00 AM in the morning to hang out with his friends on the ay of his first month anniversary with Kate. AJ thinks that the timing itself is a bit weird to go out with friends. He pointed out that almost all of his friends are asleep during this time. He reasons that Kate is fully devoted to the marriage despite all Luke’s downsides and whims. AJ thinks that Kate is committed to making the marriage work. She would have been this way even if someone else was in place of Luke. Kate is committed to the sanctity of marriage itself and is fully participating in the experiment.

Till now, Luke is the big bad villain of Married At First Sight Season 8. But will Kate’s secret turn things around? What could it possibly be? Does it involve something or someone from her past? Let us know in the comments below. And don’t miss the 11th episode where Kate finally reveals the big secret on Lifetime at 9:00 PM.