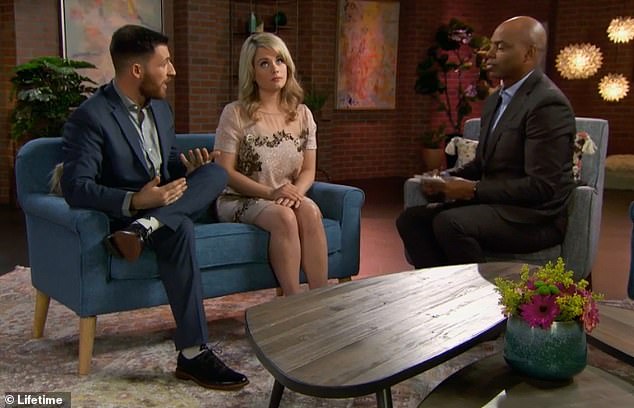 Since the finale of ‘Married At First Sight’ aired, fans have been eagerly waiting for the reunion. Sure, the finale was juicy and had most of the answers. But it certainly didn’t provide closure. There were so many loopholes left to the viewers’ imagination. The Married At First Sight Reunion episode was the one in which all the massive confrontations were supposed to take place. Let’s take a look as to how this impacted Luke and Kate.

Will and Jasmine are the couple apart from Luke and Kate who decided to bring their marriage to an end. The two couples announced the divorce on Married At First Sight finale episode. It has been three months since the couples made their final decision regarding their relationship status. Finally, the reunion episode addresses various issues kept under wrap throughout Married At First Sight Season 8.

Kate Moved On: But Not Without Giving Luke a Piece Of Her Mind

Kate has been actively dating and is in a happy relationship now. But she is not ready to give up without confronting Luke. According to their co-stars, it was painful to watch their married life. Kate was clearly in a lot of pain. As we saw, she was the only one making efforts to keep the marriage intact. On the other hand, Luke always kept changing his words and hurt Kate’s feelings.

A Time For Tough Confrontations On Married At First Sight

One of the most popular Married At First Sight fan theories include Kate being gay. It wasn’t the fans only who were wondering about his sexuality. Luke said that Kate had an entire list of reasons that could account to Luke being gay. Kate said that she was hesitant to ask this question directly. Kevin pointed out whether Luke did all this to be on TV to which he said that Kevin won. Kate laughed it off and mentioned that there was nothing to win or lose.
Kate also pointed out that he has many gay friends and his Facebook profile still shows that he is in a relationship with a man. He responds that it was all a joke from a decade ago. But Kate is not buying it, neither are the fans. When Kevin asked why they had sex, he said that he did it to please Kate. To this, Kate replied that he was the one to initiate many times.
Finally, Luke apologized for treating Kate badly. He said when he looks back, it is painful to watch that Kate is not happy with the marriage. But now, when Luke has mentioned that he is sorry for his behavior, Kate has got some closure. Kate has moved on but Luke said that he needs some time to get back out there.

What’s Going On With Other MAFS Couples?

Keith and Kristine are buying a house together! Yes, that is the big surprise about one of the couples that the show was teasing for a long time. As for Will and Jasmine, they are still good friends and had a great time together. But apparently, they can’t see being married to each other.
What do you think is going to be the future of your favorite MAFS stars? Let us know in the comments below.