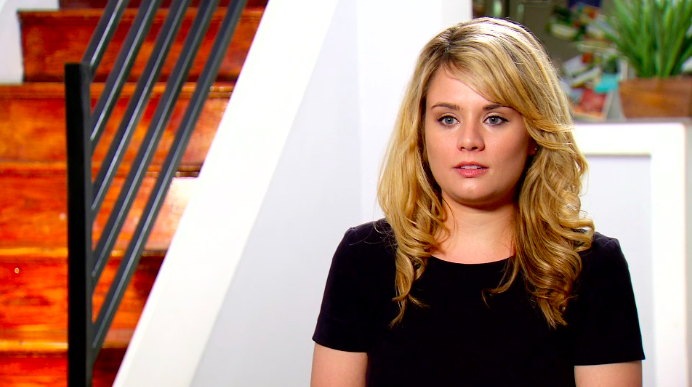 It seems like when it comes to love life, ‘Married At First Sight’ Star Kate’s destiny is playing games with her. First, it was her experimental husband who caused her one failed marriage. But now, the news of Kate breaking up with the guy she started dating after separating from Luke is out. On the reunion episode, Kate confronted Luke and made him realize how badly he treated her. She finally got some closure and revealed that she is in a happy relationship now.

When fans heard the news that Kate is not only out there, but she also found a guy who is keeping her happy, they cheered her via social media. She also revealed that her new man is treating her right. But just when fans were about to rejoice in Kate’s happiness, Kevin Fraizer revealed that now, Kate and her new boyfriend are not together.

Kevin took to Twitter to update Kate’s fans about her current relationship status. He went on to say that she is happy but is currently not with her new boyfriend. The couple has broken up as a certain level of long-term compatibility lacked. Her current focus is on her new business and the thought of Luke doesn’t even cross her mind. That’s the best part, right?

Heard from #Kate today, she is doing fine but is no longer with the new boyfriend. They are friends but were not compatible for long term. Kate’s enjoying single life & focused on her new business. Oh and not even thinking about #Luke . #MarriedAtFirstSight @MAFS_Original

In an exclusive interview, Kate mentioned that she aligns with the fans about the fact that Luke was awful to her. Even though she sees eye to eye with fans as far as Luke’s behavior is concerned, she decided to deal with it with complete patience. Even though Luke didn’t treat her right, she adopted a kind approach towards her estranged husband.

What Do MAFS Experts Have To Say?

Besides Kate receiving her daily dose of bad behavior from Luke, MAFS experts weren’t having a nice time either. The more fans sympathy toward Luke grew, the more the experts got social media backlash over their poor decisions. In their defense, they mentioned that it was Luke who had been dishonest from the beginning. They also said that this wasn’t the LUke they interviewed. He concealed the reality which led to the mismatch.

After having a rough couple of months, it’s perfectly viable for Kate to enjoy single life for a while. What do you think about ‘Married At First Sight’ star Kate’s current situation? Let us know in the comments below.