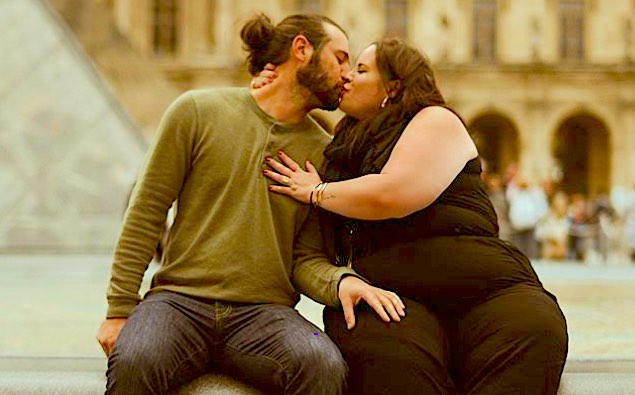 Last October, My Big Fat Fabulous Life star Whitney got engaged to her boyfriend Chase while they were on a vacation to Paris. Whitney remembers the exact details of her proposal. Let’s take a look at this in detail.

My Big Fat Fabulous Life: Whitney Stated It Was Raining

Whitney said that she was sweaty and half-wet that day as it was raining. She remembers climbing at the top of the Eiffel tower. When Whitney got there, she posed for a picture when she looked away. She thought that Chase was taking a candid picture. But when she turned around, he was on one knee, holding a ring in his hand.

Whitney stated that he asked her to marry him and she doesn’t remember what she said. They kissed and hugged and went back to the street where her friends were waiting. She was shocked by the proposal and couldn’t think straight for some time. After meeting their friends, Whitney called her parents to share the good news.

Whitney and Chase have been together since April 2019. They met on New Years’ eve 2018 and they hit it off. Whitney admits that not even in her wildest imaginations she expected them to get engaged within a year. She also never thought she would be ready to marry Chase after going out only for six months.

He gave her a yellow sapphire ring with a halo of diamonds surrounding it and a white band. If you are a My Big Fat Fabulous Life fanatic, you must have seen their entire friendship and relationship unfold on TV. Ryan, their mutual friend set them up. He is Chase’s college roommate and Whitney’s business partner. Whitney has been dealing with PCOS and is an inspiration to women who have been dealing with body shaming throughout their life.

Whitney loves the fact that Chase is an extremely loving person and never fails to express how he feels for her through his actions. She also likes that he cares for the environment and the people. Even though before they tie the knot, Chase and Whitney have chosen to live apart, they love spending vacations and weekends together.

According to Whitney, it’s important to be able to give each other space. In other words, she admires being in the same room and does their own independent things.

Whitney said that the couple has found their wedding venue. However, they are not going to rush things. Earlier, when Whitney was on her trip to Paris, she said that it might be a good idea to get married there. Plus, the fact that he proposed in Paris would make the day extra special.

What do you think about Chase and Whitney’s relationship? Let us know in the comments below.