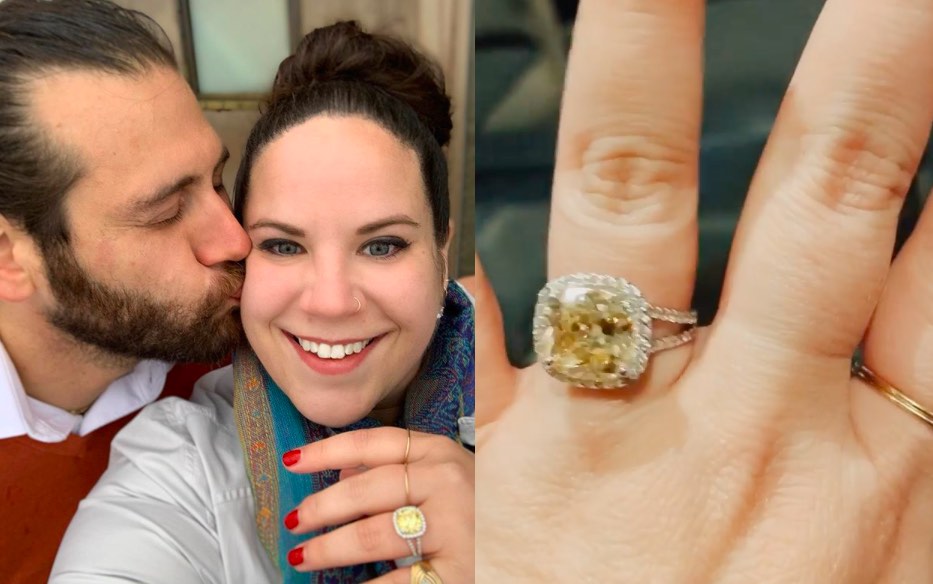 We have seen Whitney’s dancing career and the way she fights against body shaming for a long time on ‘My Big Fat Fabulous Life’. Earlier, the reality TV star revealed that she has a big announcement to make. Whitney has revealed that she is engaged to her boyfriend chased. Fans are sharing her excitement as they can’t wait for the new season to air. Let’s take a look.

‘My Big Fat Fabulous Life’: Whitney Excited For Fans To Share Her Happiness

Whitney stated that she is excited about the engagement and the fact that she gets to share her happiness with her viewers. She is excited to watch her whole journey as it feels like a dream. The new season ill cover the couple hanging out for the first time, going on dates and making life-changing decisions in Paris.
https://www.instagram.com/p/B5nZBP9g9GN/?utm_source=ig_web_copy_link
Whitney has been dealing with PCOS for a long time. She had her family and friends by her side in her support. In this season, we are going to see her making some huge life-altering changes. She has found new love, is moving to a new city and is starting a new business.

The new season is about to be on-screen, and the ‘My Big Fat Fabulous Life’ star has got plenty of questions to answer. Earlier, she announced that she was going to give a piece of big news. Of course, that turned out to be her engagement with her boyfriend. But could there be a possibility of another big news in line?


It will be double the joy if the reality TV star is also expecting a baby with her boyfriend. Whitney has revealed before that she wants to be a mom. Earlier, she was searching for the right man to share this experience with. But as she has found the man of her dreams now, we can say that she might want to take things further.
https://www.instagram.com/p/B5oWxl4A8dq/?utm_source=ig_web_copy_link
Her battle with Polycystic Ovary Syndrome can make things hard. But there are chances that she might be pregnant! She also posted that currently, she was recovering from some kind of sickness. This made fans start to speculate. Was she talking about morning sickness? She also got a speeding ticket. For this, the fans seem to think that she might have been rushing to the restroom.

Most fans already predicted that the reality star might have been engaged. She recently posted a picture in which she had her hand in her pocket. She might as well be hiding an engagement ring. The new season of ‘My Big Fat Fabulous Life’ airs on Tuesday, January 7 at 8/7c.