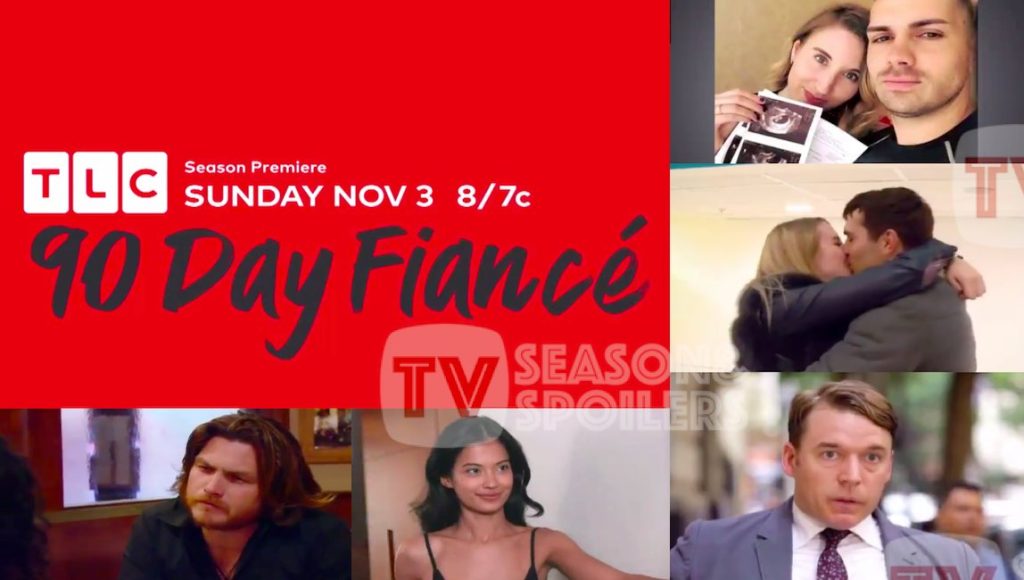 90 Day Fiance Season 7: Someone putting off having kids for their significant other and someone explaining that ‘she’ is not a prostitute. Apparently, this is the highlight of the brand new season of 90 Day Fiance. It is also going to feature a pregnancy to take things to a whole new level. We all know how much chaos Deavan and Jihoon’s unexpected pregnancy caused in The Other Way. It seems like there is going to be some intense baby drama on this season of 90 Day Fiance as well! The show is about to hit the screens with another season, and some more juicy stories of people crossing oceans to be with the love of their life. Let’s take a look.

90 Day Fiance: What Do Fans Have To Say About The New Season?

90 Day Fiance franchise has a wide base of loyal viewers who never get tired of it. Here is a sneak peek at what the fans have to say about the new season of their favorite reality show. The series already sparks a lot of interest with its state of the art stories and unique couples. Cultural differences and language barriers make communication even more tricky than ever. Moreover, when families are involved, things become spicier.
https://twitter.com/TLC/status/1183547062475997185
Fans say that there will be more people for Leida to stalk. Just to recall, the user is likely to make a reference to Leida being in the Tell-Al

l of 90 Day Fiance: The Other Way. Other contestants had to complain about her and they stated that she was leaking information. Also, rumor has it that she was babysitting Deavan’s daughter Drascilla. We saw a picture of her with baby Taeyang backstage.
Another user states that she can’t wait to see the trainwrecks of this season. Of course, if we take a look at some unique contestants of the franchise, we will better understand what this user is talking about. For instance, take the case of Darcey and Tom. The way she has been pressuring him into a marriage proves that she is indeed a trainwreck. Not to mention Larissa, Colt, Leida, Fernanda and their unique traits that have entertained fans for a long time.

90 Day Fiance New Season: So Many Issues To Address

What if he doesn’t get along with my family? What if my mom doesn’t like her? How will we manage finances? Here are some common questions that spring the contestants as soon as the magical 90 Days are about to be over. With the pressure of visa approval sinking in, contestants become more restless than ever. How do you think this season of 90 Day Fiance Season 7 will turn out? Let us know in the comments below.