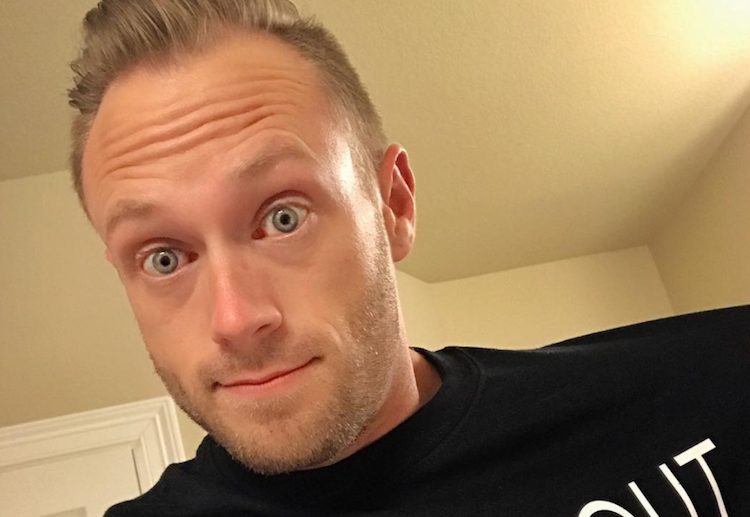 OutDaughtered: Adam Busby Apologizes For Hurting Feelings Of A Fan

OutDaughtered daddy Adam Busby knows it well to deal with the fans out there. However, in the effort of showing his blunt sassiness, he might go overboard too. Like recently, the father of six ended up hurting the sentiments of one of his followers. The better part was that he admitted his mistake and asked for an apology as well. Adam didn’t hesitate a bit to accept that he is not perfect. Let’s dig in to know what Adam did so bad that he had to apologize.

OutDaughtered: Adam Is Careful About Not Talking Too Much Politics

Whether Blue or Red, we are all human and we should all treat each other with love and respect. As humans we were designed for community. #BYLTforThis @byltbasics – -Tap the link in my bio and swipe left for a link to where you can get this Hooded Henley.

We know that it is pretty difficult to stay completely apolitical in these times. Similarly, it would have been tough for Adam not to talk about elections. So he did spill some beans without getting too much involved in it. In one of his political posts a few weeks ago, Adam shared that he hopes for the people to move ahead irrespective of who wins the elections. A fan did agree with what Adam said. However, they also admitted that a good leader is critical for any nation.

OutDaughtered: Adam Shits Back At A Follower For A Harmless Comment

After the follower left a seemingly harmless comment, Adam shot back asking if they need a leader to remind them of the definition of a decent human being. It seems that this was the limit to Adam’s apparent sassiness that didn’t go well ahead. A lot of fans clapped back at him for his harsh argument. The main Instagram user said that they didn’t mean what Adam understood. Others also jumped on the bandwagon to slam Adam for putting out such an absurd response. All the negative comments got to Adam, for he came back and served an apologetic comment.

Adam Apologized For His Rude Response After Getting Too Much Heat

Adam wrote in a fairly long comment that he didn’t intend to hurt anyone. Moreover, he certainly didn’t want to direct the primary commenter. Adam explained that he meant to say that we must not hold the leaders in high regard. So much so that they need to tell you how to behave rightly. The reality star wanted to express that one must love one’s fellow beings. He meant to say that we ought to respect each other without anyone telling us. This feeling must come from within.

What do you think about Adam’s response? Was he innocent or unnecessarily rude? Sound off in the comments below. Stay tuned for more updates on OutDaughtered.