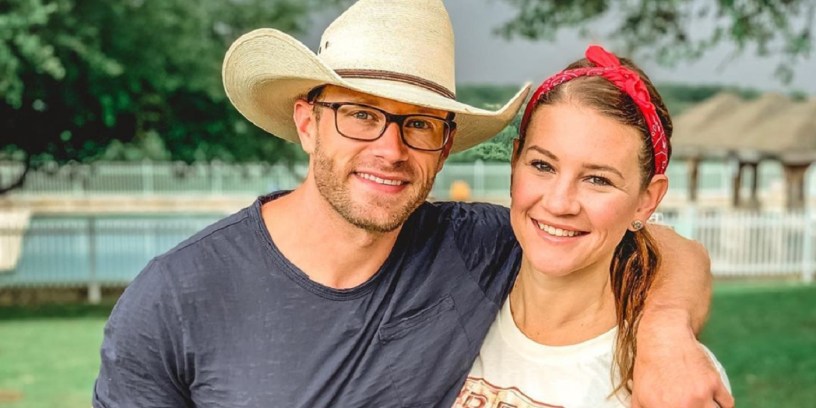 OutDaughtered: What Does Danielle Busby Do For A Living? How She Helps Adam In Maintaining Grand Lifestyle?

The Busby couple from TLC’s OutDaughtered is busy handling their five-year-old five quintuplets and nine-year-old daughter Blayke. Their hands are full with bringing up six daughters. On top of that, they need to do a full-time job to sustain their significantly big family. Moma Danielle does not shy from doing her job, along with taking care of her girls and being a reality star. Let us see how our super mom manages it all!

OutDaughtered: The Busby Couple Had A Cycling Studio

Danielle Busby was a full-time working professional before she got pregnant with the quints. After that, she changed the plan and focused on the reality show before picking up some other businesses. In 2017, Adam and Danielle decided to try their hands in the fitness industry. The couple partnered with a couple of their friends and opened a cycling studio. Their venture was featured some times on the show, and the family was pretty enthusiastic about it. However, in due course of time, they stopped talking about it on their family blog. It seems like the Busbys don’t own the facility anymore.

Danielle Has A Fitness Clothing Line With Her Sisters

Even though the dream of a cycling studio didn’t take off well, Danielle stayed in the fitness line for a long haul. She launched a fitness clothing line in partnership with her sisters Crystal and Ashley. The line of fitness apparel CADi is symbolic of the sisters’ strength as sisters, wives, mothers, and business owners.

OutDaughtered: The Busby Couple Runs A Clothing Line Too!

The Busby couple is also involved in selling clothes online. Their Graeson Bee boutique provides clothes for all the family members. The boutique is an eclectic mix of clothes for both boys and girls, along with matching looks for the family. Moreover, their clothing line has pretty affordable pieces for everyone. Not just these, Danielle also boasts of being a Rodan + Fields consultant. She sells their skincare products, mentioning them on Instagram regularly.

What Did Danielle Do Before The Quints?

Danielle Busby used to be a product manager before quints happened to her. Although it was a high-paying job that gave Danielle a successful career, her second pregnancy changed everything.

Currently, the family earns a good paycheck from the TLC show. According to some estimates, a family like the Busbys is likely to make about $25,000-$40,000 per episode. Additionally, family films as many as 13 episodes per season. So, it does bring in good money home.