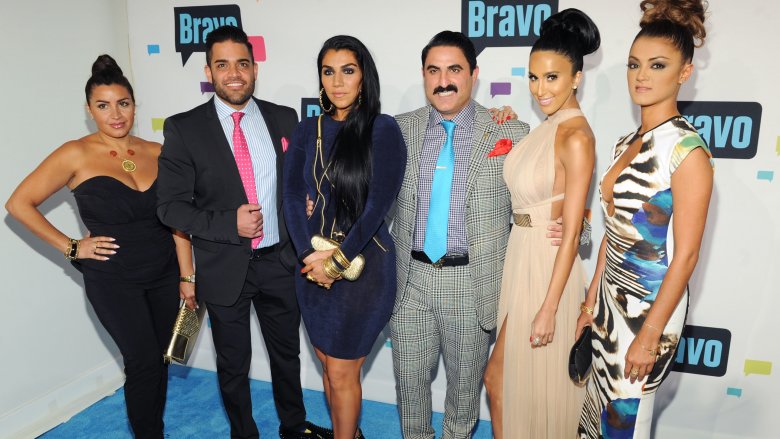 Reza Farhan and the cast of Shahs of Sunset recently finished with the filming of Shahs of Sunset Season 8. According to Farahan fans are in for a real treat with this season. The reality series has been in the news for a long time. Fans are excited to witness all drama and controversy in the upcoming season.
Shahs of Sunset is a reality television series that first aired on March 11, 2012. The long-running series airs on Bravo. The show follows a group of Iranian American pals living in Beverly Hills. The large group of friends tries to cope up with their social lives and their future while balancing the demands of their families and traditions.

We know that MJ is unlikely to continue her role on the show. However, nobody knew that it would turn out to be so insane from her husband. It all started when MJ made comments on Reza’s husband Adam cheating on him. Reza was unaffected initially and merely blocked her on social media.
However, MJ wasn’t satisfied enough and soon started campaigning on social media. Reza then texted her a lot of messages, including her medical problems while having her son.
At this point, thing got heated up. MJ’s husband Tommy vandalized Reza’s home after threatening him about his life. It all looked like a publicity stunt to gain popularity and probably get MJ back on the show. However, it seems serious as it has gone to court.

In a recent interview with Hollywood Life, MJ was asked about her current relationship with Reza. She quickly replied, “No progress, and that’s how it should be.”
The reality star kept mum on the matter, but she managed to squeeze in, “Just wish people well.”

Shahs Of Sunset Season 8: “Juiciest” Season Of All Time?

Reportedly, Farhan and his co-stars had quite an eventful few months filming the new episode for the eighth installment. Soon, the fan could be met with what Farhan claims to be “juiciest season of any show on Bravo.”
It’s insanity, he added.

Farhan also acknowledged that production on the new episodes wasn’t smooth. He said it was the hardest summer of his entire life during filming.
He also admitted there were tons of “fires and explosions” between him and the co-stars throughout production.
“I cried, screamed, I went lunatic. It was insanity, and I don’t ever want to go through it again’. He added.
According to Farhan, Shahs of Sunset season 8 will likely feel a bit nostalgic for their fans. He and is fan are all set to “take it back old school” and set it on fire.

Bravo has yet to announce the official date for the premiere of season eight. However, we can expect the show to return by late September. The production is done so it looks like we can expect the announcement of the trailer as well as the release date very soon.