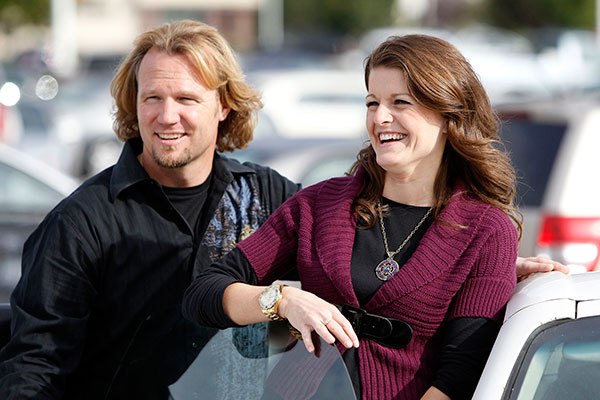 Sister Wives: Is Kody Brown Being Partial To His Wives? Giving Too Much Time To Robyn

The entire concept of Sister Wives rests on the rule that the patriarch husband is impartial to all his wives. He gives all of them equal time and attention, and they all live together as a family. But it seems that Sister Wives star is preferring one wife over others and defying his own rules about what he calls a family. Let’s take a look as to why 50-year-old hunk is being blamed.

Sister Wives: Robyn Hogging Away All Of Kody’s Time

Even though Kody seems to be on good or improving terms with Janelle, Meri, and Christine, it looks like he has a favorite among the four women in his life. According to the recent reports, he has been staying in Robyn’s rental home and hasn’t even visited his other wives for over a week now. An onlooker reported that Kody hasn’t left Robyn’s house for over a week. It might be safe to say that Kody has made Robyn’s house his home base. An insider tells that both his blue sports car and the motorcycle has parked in Robyn’s apartment for a week.
He didn’t even visit Christine when she returned from Las Vegas on 11th May. The insider also mentioned that he didn’t visit Janelle. It seems like he is treating only Robyn as his real wife. The rest of the women are living their own lives. Robyn’s home is located near the gym in which Kody works out. It is also in the center of the town. Janelle was in the farmer’s market on a holiday, totally alone. The insider said that she looked lonely. In the meantime, Christine and her daughter visited Robyn’s place on mother’s day.

Janelle and Christine have never been legally married to Kody. He divorced Meri to get married to Robyn and adopt her two kids. Meri was involved in a catfish scandal which severely impacted their marriage. They claimed in the Tell All episode that they are mending the differences. However, everything doesn’t seem right in their lives as it doesn’t seem the same.
Instead of living together as a family, his wives have already been at war with each other during some past events. The chaos concerning Meri lasted quite a while. But this time, Kody might have taken it way too far with favoritism. The fact that he didn’t even visit Christine when she came back to town is shocking. Is Robyn really Kody’s favorite wife or is there some other reason why he is not budging from her side? Let us know what you think in the comments below.