Sister Wives star Kody’s goodness has been weakened and he blames the circumstances. According to Kody, the stress has taken a toll on his goodness. He also calls himself a warrior. Let’s take a detailed look at this.

According to Kody, he exited his ‘nice guy’ mode like when a warrior goes to war. He describes the situation as a war. We know that the entire Brown family has been under a lot of stress for the past few months.

Of course, we also know that not many fans sympathize with Kody. They think that he is controlling and wants the others to dance at his tunes. One fan simplified the entire living situation and gave Kody a suggestion. She told him to build a big house with four different kitchens and exits. 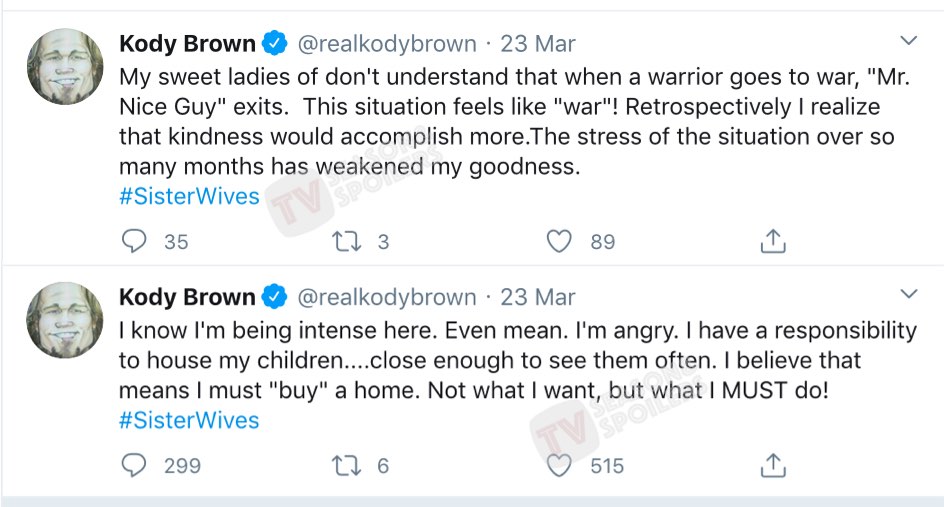 On the other hand, another Sister Wives fan pointed out Kody’s toxic masculinity. It might imply how he treats his wives and expects them to obey him all the time. When Meri disagreed with Kody in the last season, we know how that ended. Unfortunately, in the current season, Robyn seems to be his target. She is pushing back and now she doesn’t seem to be his favorite wife anymore!

Sister Wives: Kody Defends His Mean Acts On The Current Season In His Tweet

Kody believes that he must buy a home and he makes his decisions not because he wants to do something. It’s because he must do it. With his recent tweet, Kody implies that he has the responsibility of housing his children close enough so that he can see them often. He admits to being intense and mean and blames his responsibilities for his behavior.

He is trying to convey that Kody has remained amicable for a long time. But in a Tweet, Robyn stated that he was trying to use his kids as bait to manipulate Robyn. She also pointed out that Kody was running frustrated that Christine wasn’t ready to budge on the one house idea. But Robyn was glad that it wasn’t her idea. 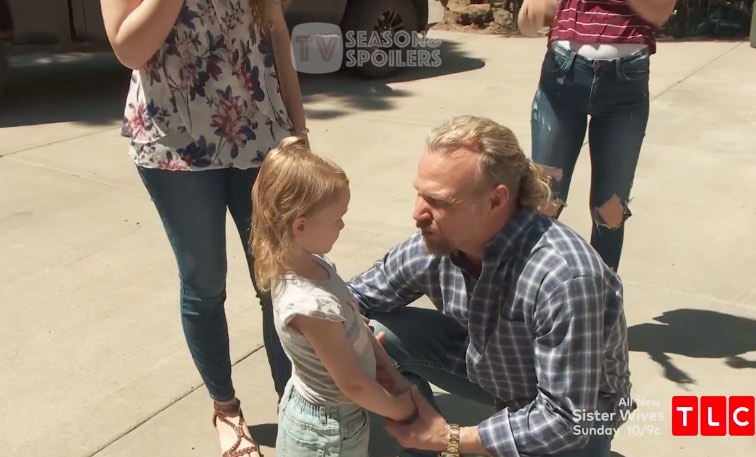 Kody implied in one of the confessionals that he could have stayed in Vegas. Fans speculate that Kody made the big move so that Robyn could remain close to Dayton. But now, when she is not obliged to his demands, Sister Wives fans can see Kody’s frustrations rise to the peak.

One fan pointed out how Meri doesn’t have a voice in the family. It’s ironic that Robyn calls them a family of choice. We know that they ended up buying a five-bedroom apartment. If Robyn really didn’t wish to purchase, it’s clear that Kody got his win on that one. As for Meri, even though she has been around for a long time, her relationship with Kody has never been the same since her catfish affair. Let us know what you think of Kody trying to justify his actions in the comments below.