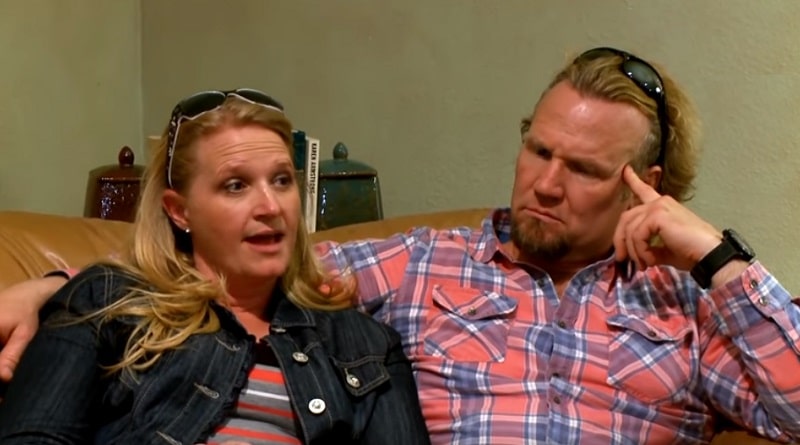 Since the Brown family moved to Arizona, there has been no shortage of drama. But on Sunday’s episode on 10th March, the drama escalated to a whole new level. When Kody Brown suggested that he wants to live with all the Sister Wives under one roof, Christine Brown did nothing but laughed in his face. When the couple started watching the episodes, later on, the entire matter cranked up a notch when Kody’s disappointment and Christine’s reasoning came face to face! Are you wondering what exactly happened? Let’s find out.

Christine stated that she won’t mind living next door to her sister wives. But living with them in the same house was out of the option. In the clipping, we can see that she tried to joke it off. But it is pretty clear that she is going to need her own space and is firm about it. Kody said that he never had a real home because he didn’t marry a girl from his home town. Christine had no intentions of keeping quiet at this remark. She came at Kody when he blurted out this statement saying that he should have married that girl from his hometown. She would have been okay with his decision!

Hey guys. So glad you were with us tonight. I’m always filled with gratitude. Can’t wait for you guys to go to the wedding with us next week.

Remember you can catch up on the episodes on the #TLCgo app any time of the day . pic.twitter.com/jsvBuSUS7t

Kody Brown Restarting The Fight: Robyn Got Christine’s Back

Kody restarted the fight and nothing could hold back his harsh words. After giving Christine the “murderer of dre ams” and #onehomekiller tag, Kody escalated the fight. Robyn Brown dived right in to defend her sister wife. She called Kody a brat and told him to treat Christine nicely. Christine thanked her and also got a solid dig at Kody by sarcastically mentioning that he was wishing he married the quiet woman from his hometown.

Christine Says She Is Not That Close With Her Sister Wives

Even though Christine was grateful that one of her sister wives are on her side, she didn’t agree with Kody’s decision. In a confrontation with Meri Brown, she said that she is not close to any of them. They haven’t even had real conversations. She told the cameras that it is not easy to be friends with women who are in a relationship with your husband. Even though putting them in the same house can bring them together, but that won’t do anything to create a bonding between all the sister wives.

#sisterwives is on tonight! Will you be watching? We will be tweeting. Btw- I love this picture, don’t you? pic.twitter.com/a2xJqzoMFn

As Christine said, being okay with another woman having a relationship with your husband is itself a challenging task. Kody wanting them to be best friends and living in the same house is way out of line. What do you think? Did Christine make a well-reasoned argument? Is Kody being too unreasonable with his demand? Does it all sound like a disaster? Let us know what you feel about the whole situation in the comments below.