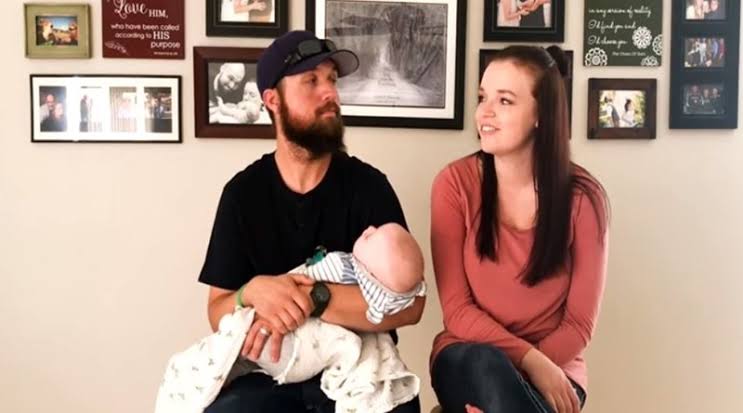 'Sister Wives': Maddie Brown Having A Hard Time Being A Mom Of Two

Sister Wives News: Maddie Brown took to Instagram on November 14 to open up about her struggles of being a new mom. She clearly admitted that she is struggling. Axel, her 2-year-old son, has been testing her patience lately. She is also finding it difficult to manage her temper. Let’s take a look at what she has to say.

Sister Wives: Maddie Shares a Picture of Her Sleeping Toddler

Maddie Brown shared a picture of little Axel sleeping. He looked calm and innocent. Maddie, in the meantime, took a moment to ensure how the couple is dealing with this tough time. She stares at her baby when he is asleep. During that time, Maddie promises to be more patient and understanding. But her promises all go in vain when he climbs the entertainment center and smacks the TV.

She stares at the sleeping boy and wonders about his curious mind. At last, she wishes that she survives him. Of course, every baby looks like an angel while sleeping. But clearly, baby Axel is giving Maddie a really hard time.

Axel had been using a pacifier, which is not exactly common for kids his age. However, since his little sister was born, he has been using it as a coping mechanism to adjust to his sibling. The toddler was also having some other behavioral issues. But all the hate online was making it difficult for Maddie. Anyhow, she let fans knew that even though they were trying to be helpful, it was causing her a lot of stress.
As for the pacifier, even the doctor and his teachers said it wasn’t something to worry about at this age. But constant criticism from fans online was bothering her. Axel regressed on the pacifier, and when they hid it, he threw a tantrum. Maddie said that he almost destroyed the house, searching for it.

Axel’s doctors said that there were no red flags for now. Maddie is adjusting to being a new mom of two little babies. She is getting through the tough phase with all the help she can get. She urges fans to be supportive. We can say that she and her husband, Caleb, are trying their best to adjust with two kids. However, sometimes, things go a little out of hand.
The fact that she has two healthy and happy babies is in itself a blessing. Even though it might take them a while to get fully acquainted with life as parents, the effort will be worth it in the end. Stay tuned for more Sister Wives

news on the new parents.