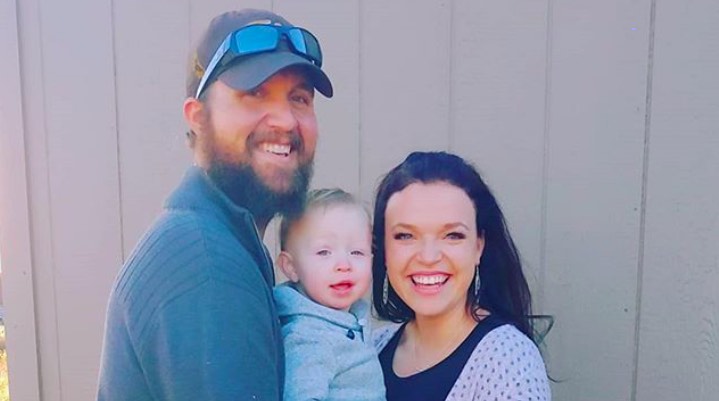 Here is a piece of exciting news for you on the Sister Wives front. Caleb Brush and wife Maddie Brown have become the parents of two little children. They have recently welcomed baby number two. Read ahead for more details on the little bundle of joy!

Sister wives: When Was The Child Born?

On the 20th of August, the couple gave a warm welcome to their newborn daughter Evangalynn Kodi Brush. She was born on the due date and weighed 8 pounds and 12 ounces at the time of birth and measured 21 inches by length. The couple representative confirmed the news to the media.

Sister wives: What About The Couple’s First Child?

Well, Baby Evangalynn had joined her older brother Axel James. He was the first child of the couple and was born in 2017 in May. After getting married in Bozeman in Montanna in the year 2016, the couple was blessed with the first child.

Sister wives: How Was The News Revealed?

Well, the news of family expanding had come just after a few days when the fans of the famous Brown family had started to suspect that Kody and Jenelle Brown’s daughter had been preparing for giving birth.
One of the posts another wife of Kodi, Christine Brown share revealed that she with all of the other members of the family had been traveling away from the home in Flagstaff in Arizona for being with her in North Carolina.
This year in January, the couple had revealed that they had been expecting their second child. Brown at the time had said that she was very excited and also mentioned that this pregnancy seemed a bit less real for her for some reason. But she was still very happy and had no idea what she must think. She just wanted the baby to be a happy and healthy one.

Caleb seems very happy with the baby’s arrival as well. He mentioned that he wanted to become a dad for quite some time. And now he is the father of not just one but two children. He also said that he was excited for giving Axel a sibling and the family expanding. At the time he thought it will be a boy. The father’s guess didn’t turn out to be correct. But the couple in April had revealed that the baby that they were expecting was a girl child.


Brush was surprised and said that he just had this thought in his head that it will be a boy. And he had made the practitioner check three times as well. But he was also excited and nervous as well for welcoming their baby girl.
The announcement for the 14th season of Sister Wives isn’t out officially. But as per some reports, the shooting for it has already started. However, there is no official premiere date until now.