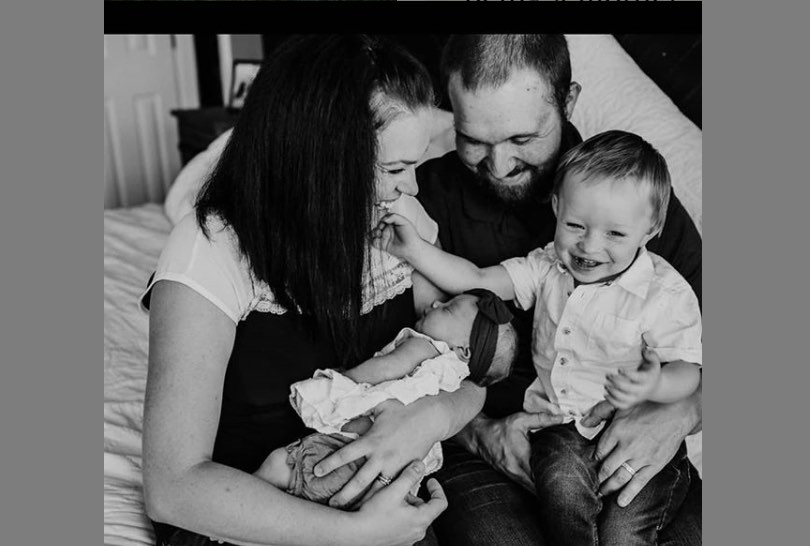 Maddie is a new mom and has to face her fair share of struggles as a new parent. She has always been regular in going for her ultrasounds when she was pregnant. But in her 28th week, she noticed that the doctor’s behavior was different. Let’s take a look.

Maddie stated that usually, the ultrasound takes about 45 minutes. But this time, the doctor kept on looking. It didn’t seem normal at all, and Maddie was stressing out the entire time. Finally, when two hours passed, the doctor told her to meet him in his office. At that time, he told her that he was unable to find all ten fingers. The diagnosis stated oligodactyly, a condition in which each hand has less than five fingers.

Despite the presence of a congenital anomaly, the doctor said that he was relieved because it could have been worse. When the couple welcomed their daughter, she was missing a thumb, toe, a calfbone, and had a bent shin bone. At the time she was born, the parents were freaking out. They just had a baby, and the hospital was full of specialists checking her out.

Tibial campomelia, fibular aplasia, and oligosyndactyly (FATCO) syndrome are the three genetic disorders the doctors diagnosed the baby with. The rare disorder affects bone formation in the utero and the causes are unknown. Since the disease is rare, it’s hard to anticipate the future of the little girl.
As for now, the family has to wait and see as her body develops. The doctors might be able to provide more clarity as she attains one year of age. At that time, the family can also opt for amputations and surgeries. The condition is not normal and usually shocks people. But Maddie has decided not to hide it as it won’t be helpful. Since most people don’t know much about this condition, she is trying to raise awareness.

Sister Wives: What Do Fans Have To Say?

People have been showering the couple with love and support. Most fans are also thanking them for spreading knowledge about the condition. They are grateful to her for sharing the picture and say that the baby is adorable. The majority of the viewers shower her with blessings and leave positive comments on the picture. They state that Evie has all the love and support she needs. Without a doubt, Maddie is fierce and confident. In fact, after revealing her daughter’s condition, she also thanked the fans for the overwhelming positive response.