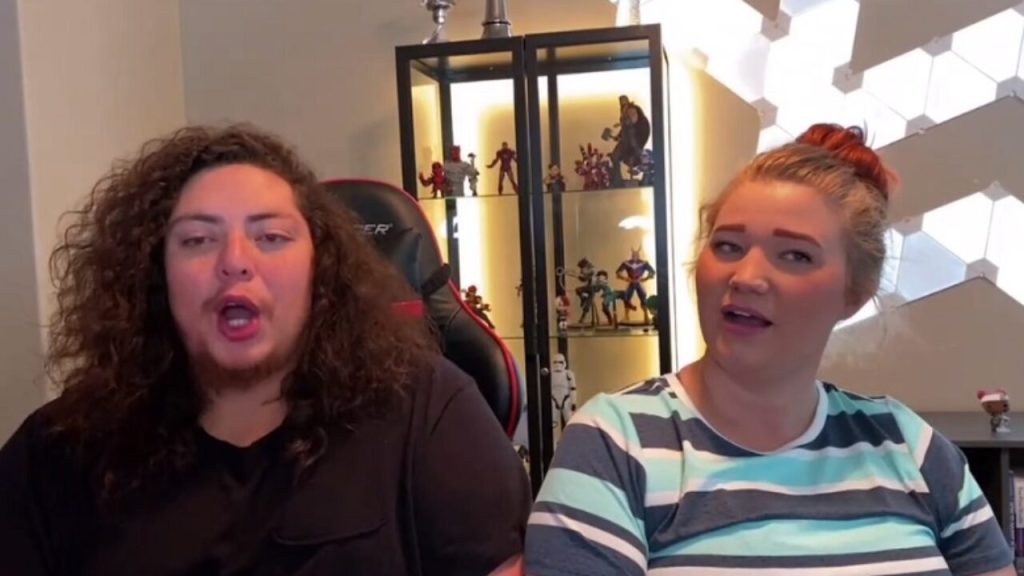 Christine Brown’s daughter Mykelti Brown is soon going to be a mother. She is expecting her first child with husband Antonio Padron after four years of their marriage. The baby is due in March 2021, and the family is beyond happy. As for the would-be parents, their hearts are full! They are super happy to welcome another member to their team. Amid the jubilant atmosphere, some fans took a jibe at Tony’s looks and shamed him. However, the family stood together, hand in hand, and clapped back at them. Have a look.

Sister Wives: Fans Criticize And Shame Tony For His Looks

Mykelti’s mom, Christine Brown, joined the couple in sharing the happy news. She shared a picture of Tony and her daughter showing off her growing baby bump. She captioned by congratulating the two and saying that they would make the most fun parents ever! While there were fans who poured love on this post of Christine, there were others with a different agenda. Some of the fans shared that Tony looks like a woman because of his long hair. Others commented that they hope the baby looks like the mom and not Tony!

After these rude and supposedly belittling comments, some supporters of Sister Wives came to defend the stars. One of them said to a rude follower that they might keep their rude comments to themselves. Another supporter clapped back at the critic, saying that it is insensitive of them to make such a crude remark when someone is sharing happy news. Others collectively called such comments as disrespectful, judgemental, and outright unnecessary. They even hoped that the parents would stay away from such toxicity and focus on their new life.

Mykelti Brown shared an Instagram post on September 17, announcing her first pregnancy. The picture featured the happy couple. Christine’s daughter wrote in the caption that the couple was planning this since their marriage. However, it finally happened now, and they cannot wait to hold their bundle of joy in their arms. She also added that she really could not wait to share another beautiful experience with her husband. We wish all the best to the future momma and daddy!