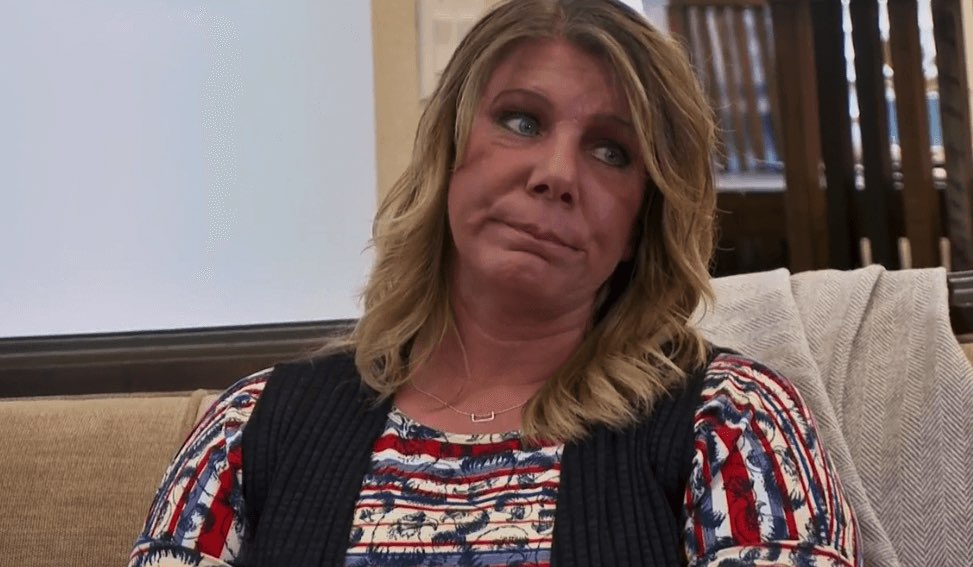 Robyn Brown once stated that she is terrified of forest fires due to her past experiences. When we saw Meri Brown’s Instagram story, it was clear that Kody’s fourth wife’s fear had come to life. According to another update on her story, she is under a lot of stress. The authorities have issued her a pre-evac notice. She is ready to get all her valuables out. She says that it’s all fine. In another slide, she posted a video clip of a helicopter flying above and spraying water.

Earlier, the reality TV star shared that she was freaked out about the wildfire taking place so close to her home. It was just 15 miles away from her property. She also stated that she would rather live in a desert. But the big question here is that why Meri is the only member of the Brown family updating fans about the fire? Why is Kody quiet? What about his other wives Janelle, Christine, and Robyn? Aren’t they afraid of what might happen to their property?

There was a lot of hype when the larger than life family decided to uproot their life in Vegas and move to Arizona. It seems like the properties they reside in might be in a lot of danger. It seems like the other stars are keeping mum about the situation. Well, we can always get more updates from Meri’s Instagram account.

Meri Took To Instagram Live To Document The Fire

Meri documented the entire horrific event for fans on Instagram live. She shared pictures of fire burning near her home. Most of her Instagram posts involve adventure. However, the fire took things too far. The mom of one and a successful business owner seems a little worried about the entire situation.

The fire started covering 400 acres. It spread out to a 1000 acres overnight. It then took over 1800 acres. If the fire moves eastwards, it might start to affect the northern neighborhoods of the city. These areas can easily experience some flooding. People can see the smoke as a result of the massive fire. Currently, the fire hasn’t exactly entered Flagstaff.
We still don’t know the exact location of the family in the city. There are communities under the impact of an impending flood rather than fire. The authorities have instructed people to stay safe while driving. The residents are proceeding with caution.