Survivor Season 40 has become the talk of the town since the news about the cast leaked online. The show has earned positive reviews from the fans. Since the show got renewed for its fortieth season, fans were asking about it. “Survivor: Winners At War” will be the title of the next installment of the show.

Survivor is the American version of the international Survivor reality competition franchise. The television show places a group of people in an isolated location where they have to feed themselves with food and shelter. The show has received massive acclaim from the fans. Survivor Season 39 premiered on September 25, 2019, on CBS.

Shockingly, the cast of Survivor Season 40 is leaked. According to Inside survivor, 20 winners will be returning to the upcoming season to claim the title of winner of Survivor Champions. The returning players will consist of ten men and ten women. These players have competed in the show since 2010. However, the list of the winners also includes some exceptions. The winners that will likely compete in Survivor Season 40 includes-

Moreover, John Cochran, Mike Holloway, and Richard Hatch will not return in the next installment of the show.

The showrunners have finally revealed the tribe divisions of the much-anticipated reality show. The red tribe will consist of Kim Spradlin-Wolfe, Sarah Lacina, Sophie Clarke, and Nick Wilson. Moreover, Amber Mariano, Sandra Diaz-Twine, Tony Vlachos, and Tyson Apostol will be the of the red tribe. Along with them, Wendell Holland and Yul Kwon will also form a part of the red tribe of the show.

The blue tribe will consist of Ben Driebergen, Jeremy Collins, Rob Mariano, and Adam Klein. Moreover, Ethan Zohn, Danni Boatwright, and Natalie Anderson will be of the blue tribe. Along with them, Michele Fitzgerald and Parvati Shallow will also form a part of the blue tribe of the show.

Survivor Season 40: What Can Be The Theme? 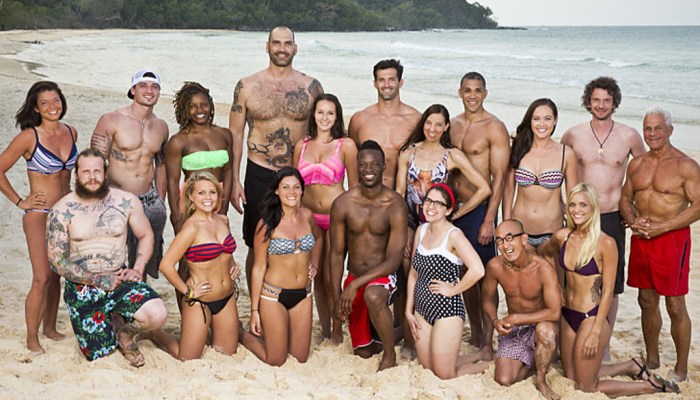 The official theme of the next season of Survivor Season 40 is out. An Instagram user named Chris Scotts has leaked several photos of the production quarters of the show. The pictures featured Mana Island Resort and Spa. Moreover, one of his images showed a logo that consisted of two swords and crashing waves. The logo was subtitled as “Winners at War”. However, the streaming service has not given any official confirmation about the theme of the upcoming season.

Spoilers tease that the contestants will be given some amount to spend throughout the tenure of the season. The money will be exchanged for things like food and comfort items. Moreover, spoilers suggest that when one member will be eliminated, then the rest of the members will decide upon the distribution of the money. It will be their call on whether they want to give the money to the individual or divide it amongst themselves.

Moreover, the money factor of the show will undergo a significant twist that is “The Edge of Extinction”. The Eliminated players will get a chance to go home or to choose the edge to re-enter the game. However, the ones living on the edge will have an added advantage that they can offer to the existing players competing in the game. But the advantages will be paid. If the competitor decides to take the advantage, then the player who offered it from the edge will receive the money.

Further speculations say that the winner of Survivor Season 40 will get a reward worth $2 million. Former player Jonny Fairplay has revealed that the first eliminated player will receive around $2500. However, the amount of money that the jury members and the runner ups will receive is still not revealed.

The Tribe has spoken… Get ready for the two-hour premiere of #Survivor Season 40 on Wednesday, February 12 at 8/7c! https://t.co/0B7GwZyCnG pic.twitter.com/X9o5QgKtcn

CBS has officially announced that Survivor Season 40 will hit our TV screens on February 12, 2020, at 8:00 PM. The streaming service has announced the news on the official twitter handle of the show. Furthermore, the show will premiere as a two-hour episode. However, from February 19, the show will move to its regular 8-9 slot. The show has received good reviews from the critics. For more instant updates on Survivor Season 40, stay tuned.