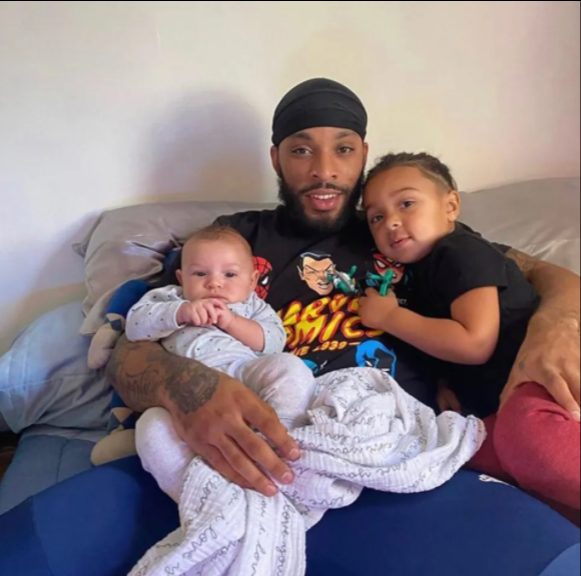 Teen Mom: Chris Lopez Discloses He Living With His NEW Girlfriend And Her Son

Teen Mom star Kailyn Lowry’s third baby daddy is seen to bring new colors in life. Kailyn and Chris have rarely been on good terms. Kailyn is seen continuously calling out her ex-boyfriend Chris for something or the other.

Recently, Chris was in the headlines for fat-shaming the baby mama. Kailyn put up a poll on social media asking who was the fat-shaming daddy. Fans keep a mixed notion for the baby daddy Chris as it also seems that Kailyn sometimes tries to play a victim card.

Meanwhile, after all that burnt his blood, Chris is finally up with something good in his life. He recently disclosed that he has been living with his girlfriend and her son. Let us know what Chris revealed.

Teen Mom: Chris Opens Up About His New Life, Living With Lover And Her Son

On his recent podcast show, PTSD (Pressure Talks With Single Dads), Chris reveals that there is something new happening in his life. He discloses that he has started living with his girlfriend and her son. The couple followed each other on social media, but initially, Chris did not know that she had a son.

Furthermore, Chris says that her son is very easy going and the two get along well. Moreover, the son’s biological father is not in any touch. According to The Sun, things have strained between Chris and him. Although, baby daddy Chris wants the son’s father to come and talk to him about how the dad wants his son to be raised.

He says “Bro if I’m here taking care of your child, I need to know what you want, that way I can implement those same rules, we can figure something out.” He didn’t specify whether he has moved in with his new partner and her son, or if they’re living with him in the attic. There are still more updates to come. Although we are at least sure that Chris has FOUND someone to live with.

Reciprocating to it, Chris Lopez harshly slammed the Baby Mama No Dramas host over the new drama that she had created. The third baby daddy gave a stunning reply to the 29-year-old Kailyn after knowing how she asked the viewers to shout out on Chris and Lauren.

He replied sarcastically, saying if you play a VICTIM CARD, you can never improve in life. Here, he clearly meant that she should stop all her drama and focus on becoming better in life.

It seems that Chris is sick of Kailyn’s ongoing drama. Are you happy that Chris has found someone? Let us know in the comment section.