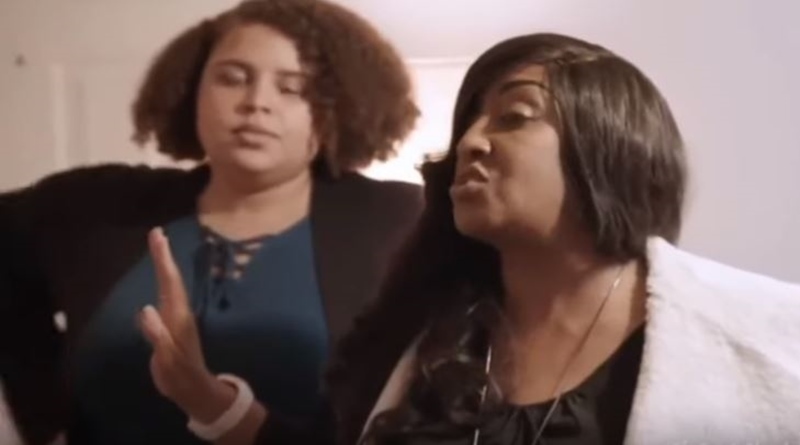 The Family Chantel: Star Karen Everett Doesn't Back Down In Front Of Lidia

The Family Chantel is known for the weekly dose of drama it offers to its viewers. We all know that the episodes are filled with tonnes of intense moments for both Chantel and Pedro’s family. Last night’s episode showed a tense scene, and Karen is not ready to back down.

The Family Chantel: A Little Flashback To Last Night’s Episode

When fans saw that Pedro and Chantel’s mom are meeting up, it was guaranteed that things are going to get more heated up. Plus, with Nicole, Pedro’s sister present in the scene, the drama was bound to escalate to a whole new level. They met in the streets of DR and Pedro was the translator to this awkward meeting. Of course, some feelings got hurt as Pedro made some major mistakes in his translation.

The Family Chantel: Did Nicole Start It All?

Karen started the conversation with something positive. She said that she loves both Pedro and Chantel. But suddenly, when Nicole interjected her and asked about why she attacked her, things got heated up quickly. When Karen was starting out at a positive note, Nicole shouldn’t have interrupted her abruptly. Chantel quickly came to her mom’s defense and said, “If somebody jumps on top of you, I would hope that somebody would rip their weave out.”
But Pedro translated Chantel’s sentence to, “She said that if someone … She would take your wig off too.” And this caused a massive stir in the air. Even though it wasn’t the original message, Pedro made a mistake and it escalated a sort of normal scenario. Chantel revealed in the confessional that she and her mom were trying to say a completely different thing. She said how would you feel if someone came to your home and picked a fight. But Pedro did such a bad translation that the situation went a little out of hand. The ‘ripping off the wig’ seemed violent when Pedro said it.
https://www.instagram.com/p/B1pydFrH_D-/?utm_source=ig_web_copy_link

The Family Chantel: Karen Is Standing Her Ground

Karen has already proven that she is a protective mom. And when it comes to her children, she can be as fierce as the situation calls. During the third season of 90 Day Fiance: Happily Ever After, Karen went after Nicole. Lidia decided to retaliate against that. But Karen fired back again with all the fierceness she could gain. Lidia said that she can attack her too if she attacks Nicole. Karen posted on Instagram a video of her singing the lyrics “You must have a death wish you silly bish! Don’t put your dirty hands on my peluca.” Peluca means wig in Spanish. Clearly, she was citing the drama that happened on last night’s episode.
As the family feud goes on, fans are taking Karen’s side. There is already a lot of hate for Pedro’s family among most viewers. One user even said that Karen is her favorite character on the show. What do you think of the drama? Let us know in the comments below.