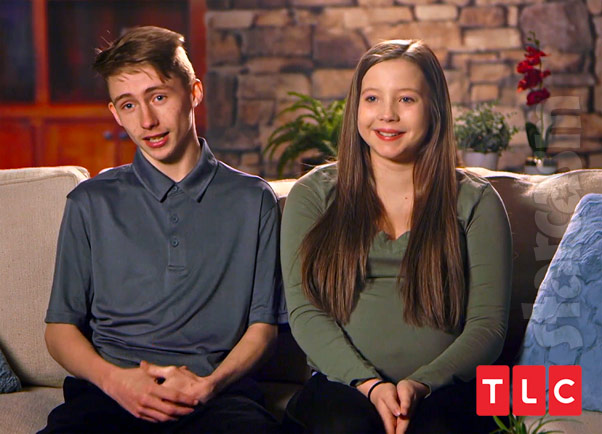 Unexpected star Hailey Tilford is almost halfway there. She shocked all the viewers when she revealed the news of her pregnancy. The reality TV star got pregnant with her former best friend’s baby daddy Matthew Blevins. She has been receiving a lot of hate on that. however, she decided that instead of letting the critics get to her, she will embrace her pregnancy to its fullest. On November 13th, she shared updates on her pregnancy along with some pictures of her growing baby bump.

The 18-year-old Hailey shared an update about her pregnancy. She revealed that she has been pregnant for 18 weeks now. Along with that, she added a sticker that showed a cucumber. It represented the size of her baby at present. She is almost halfway there and in five months, she will be ready to welcome her and Matthew’s first child.

Matthew already has a baby with Hailey Tomlinson, aka Hailey 1. She was the best friend of Hailey 2 unless Matthew and Hailey 2 started to develop feelings for each other. He broke up with Hailey 1 to get together with Hailey 2 and it resulted in the ultimate betrayal.
Hayley 2 announced her pregnancy in the second part of the Tell All. Before making the big reveal, she said that haters are about to start hating even more. And she was right. When she officially announced the news on Instagram, Hailey started to get a lot of hate. She made it clear that the pregnancy wasn’t planned. But according to her, God had a different plan for them. She also said that she wanted to meet the baby as soon as possible.
https://www.instagram.com/p/B4taWW9pt9I/?utm_source=ig_web_copy_link

‘Unexpected’: Too Many Hate Comments For Hailey 2

Hailey 2 was receiving a lot of hate online. When she stated that they were expecting, haters got so mean that she had to disable the comments section soon after the announcement. The 16-year-old Matthew already has a daughter. Hailey stated that she was ready to focus on college. But the pregnancy was unexpected and she was prepared accordingly.
Hailey is grateful for becoming a mom and expresses gratitude. Do you think it was fair of Matthew to leave Hailey one for her former best friend? Do you think he is the only one responsible for breaking their friendship? He already has a daughter he has to take care of. Now, he is going to have another baby with another girl. It is definitely a complicated situation. How do you think the teens are going to manage all of this? Let us know in the comments below.