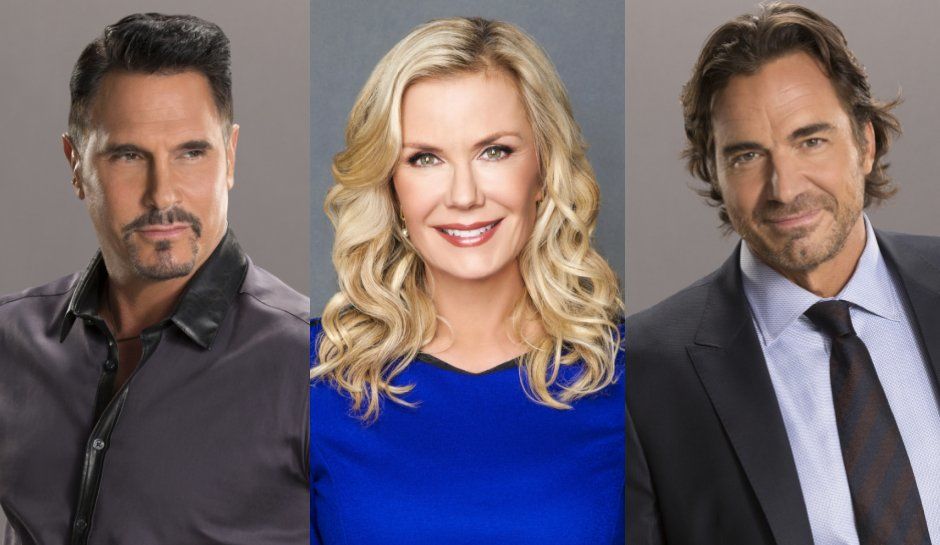 According to Bold and the Beautiful Spoilers for March, a lot of drama is in store. Zoe Buckingham (Kiara Barnes) is ready to go all extent for her father. She will not let her father suffer for the crime that he committed.
Hope Logan (Annika Noelle) and Steffy Forrester (Jacqueline MacInnes Wood) finds themselves in a fix. Eventually, a messy love-battle between the stepsisters and Liam Spencer (Scott Clifton) creates an upheaval.

Bold and the Beautiful Spoilers: Zoe Is Out To Get Florence

Florence Fulton (Katrina Bowden) is about to surprise the audience with her past. Old and buried things might resurface about her. Moreover, the burden of the baby swap will follow Florence to LA. Zoe Buckingham is furious to see her work in a Bikini Bar where Danny (Keith Carlos) is the resident bartender. He is yet another character that the fans will get to see.

Zoe confronts Flo, who is now working as a bartender at Bikini Bar today on #BoldandBeautiful. pic.twitter.com/hvn1bSCP It

A mysterious side of Zoe was promised to the fans when she arrived at the scene, but due to the story plot, this was never possible. That is until she spots Florence. Zoe recently found herself to be a pivotal part of her father’s baby swapping crime where even Flo played a significant role.
Hell-bent on saving her father, she is enraged to see Florence out in public. Thinking that this would be too risky for her father’s secret, Zoe confronts Flo. Meanwhile, Flo eavesdrops an important c onversation between Hope Logan and Katie (Heather Tom). She realizes that she is the same Hope who lost her baby Beth.

Spoilers say that Wyatt Spencer (Darin Brooks) and Florence shared a history. Keeping it mystery, there is a possibility that these two could be exes, a one-night stand, or a love story that could never manifest. However, there’s more to their story which will be revealed in the coming week of March.

B&B spoilers suggest that Hope is desperately trying to end her marriage. She goes as far as kicking out Liam. The hurt mother conceives a plan which gradually picks up mileage. Irrespective Steffy Forrester and Liam Spencer disapproval for it.

Do you think Hope can be a mom one day? #BoldandBeautiful pic.twitter.com/v3aWuU29l1

When Hope’s infatuation grows stronger for Steffy Forrester’s baby Phoebe, she decides to take things in her own hands. Irked out, Steffy leaves town along with her babies. Obviously, the poor single mom deserves a vacation from a frantic wife dumping the husband on her. This could be a good explanation for Jacqueline MacInnes Wood’s maternity leave. Sources say that she has already shot some scenes before going on leave.

Bold and The Beautiful Spoilers: There is Something Brewing Between Katie Logan and Bill

Katie Logan (Heather Tom) is constantly being teased about Bill. There are chances that these two might get together keeping in account their shared love for their son Will Spencer (Finnegan George). Meanwhile, making up for the things he did in the past, Bill gains back his place in Katie’s eyes.
Bill is having the time of his life raising his first son. He wants to mold him into a mini-Dollar Bill. So, if there are to be any hurdles between Katie and Bill, it will be Katie herself pushing the brakes.

Tension Shifts Between Sally and Bill?

Wyatt is madly in love with Sally Spectra (Courtney Hope). He goes to an extent to persuade his father to hand over the Kingdom keys to her. But with Florence’s past creeping up, Sally and Wyatt may hit a rough patch. Moreover, fans will get to see Thomas Forrester yet again!
There are speculations that Thomas and Sally were also a thing in the past. He was her soul mate from the old days. Intensifying the drama Dollar Bill sets out to keep a close watch on her. It is also revealed that the Spencer tycoon bankrolls Spectra Fashions. To see if she’s treating her son in the right manner, he observes her from far.

B&B Spoilers: Who All Are Coming Back?

B&B spoilers indicate that Dr. Taylor Hayes (Hunter Tylo) comes back to the show. She was last seen thanking Reese Buckingham for helping Steffy adopt a daughter. Moreover, Taylor also supports Hope in leaving her husband. Taking her to a support group, the grandmother does her part.
Tiffany (Maile Brady) also returns to the show. Interning at Forrester Creations, Tiffany is the best friend of Emma Barber (Nia Sioux). Over a period of time, she will become close to Zoe as well.
With so much happening, only time will tell how things turn out between Hope and Liam. Will Zoe spare Florence? Or, will she be the scapegoat for her father’s sins? Stay tuned with TV Season Spoilers to get The Bold and the Beautiful Spoilers and B&B updates for upcoming episodes.