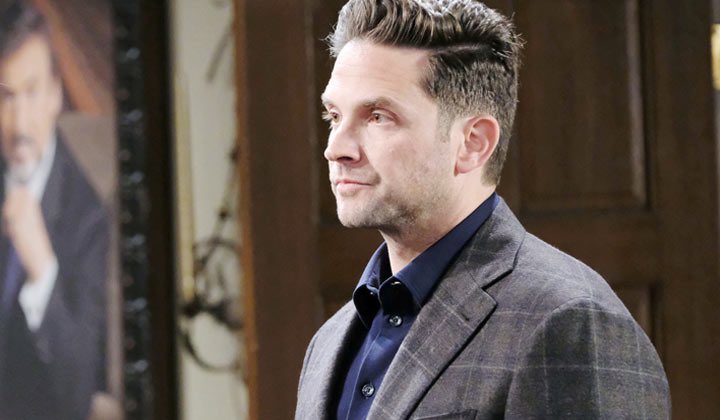 Days Of Our Lives Comings and Goings: Stefano DiMera, Shawn Brady Coming Back

Days of Our Lives spoilers suggest that there are many comings and goings in the upcoming episodes of the soap opera. Shawn Brady, Stefano DiMera, and Rex Brady are reprising their roles. Along with that, some new faces are joining the cast. It’s not just comings, but someone will leave the town too. Keep reading to know more about all the details about the comings and goings.

Days Of Our Lives: Brandon Beemer Is Coming Back

Brandon Beemer who portrays Shawn Brady is coming back on Days Of Our Lives. The actor was last seen on Days Of Our Lives in February 2020. He had helped Rafe Hernandez in tracking down his mother, Hope Brady. She had turned into Princess Gina. Days of Our Lives spoilers hint that the actor will be reprising his role this June.

Brandon Barash Is Reprising His Role

In the recent spring preview video of Days Of Our Lives, viewers could see Barash. In the preview, video viewers could see Gabi Hernandez catching her later husband’s reflection in a window. Spoilers hint that she now believes that he is in fact alive. She will go on to find the truth. So, there are possibilities for the Stabi reunion. This also means Brandon Barash, who plays Stefano DiMera, would be coming back soon.

Days Of Our Lives: Dasha Flynn And Kyle Lowder On Board

Days of Our Lives spoilers reveal that there are a lot many faces coming in on the show. Dasha Flynn is coming on the show to play Marta. Marta is a Hospital worker at Salem University. Christen Kellogg Darrin will also come in to play Jeanne Marie. The characters are coming in on April 16. Kyle Lowder is also returning to Salem as Rex Brady. Although we don’t know when he will be coming in. It is more than possible that Stefan and Rex come back together.

Days Of Our Lives spoilers reveal that Deidre Hall is leaving Days Of Our Lives soon. As per the current storyline, Hattie Adams has decided to leave Salem. This was to happen on April 3, Friday. But that could not happen, so we will soon update about the airdate of the episode.  Hattie joined the show in 2000 as a look-a-like to Marlena. Stefano DiMera found her. The character was initially played by Andrea Hall, Deidre’s twin sister. After she left, Hall came into the picture. He re-returned as Kattie Adams in November 2019. She was spotted in prison with Kassie DePaiva.