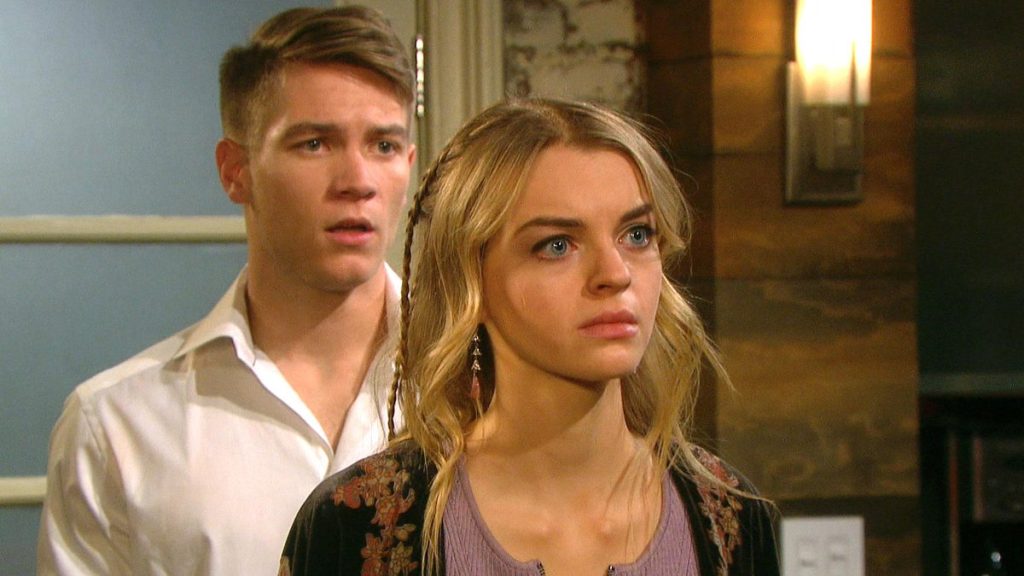 Days of Our Lives Spoilers: Gabi & Brady Together, Claire Angry With Tripp

According to Days of Our Lives Spoilers for March 7, couples of Salem will go through a tough time. Where Stefan DiMera develops feelings for Chloe Lane. Gabbi Hernandez and Brady Black will team up against Stefan.

Days of Our Lives Spoilers: Brady and Gabi Come Together

Brady Black (Eric Martsolf) forces Gabi Hernandez (Camilla Banus) to team up with him. He does this because he wants to take Stefan and the DiMera Enterprises down the drain. There are also chances that since Stefan is single, this partnership could bring Gabi and Stefan together.

Ben refuses to put Ciara in any danger. Even if that means parting ways. #DAYS pic.twitter.com/ccLVMduNWh

This will not be the first time when hatred turns to love. Even though Stefan has feelings for Chloe at the moment. Gabi’s hatred for him could turn into passionate feelings. It may come as a surprise because she hates Abbey, but she hates DiMera more. Since the face of the actor is changing soon, things might take a different turn. If this were to happen then, Brady would sweep in for Chloe who was his ex-wife.
In order to take down Stefan, Brady and Gabi have come together. Brady wants to destroy him because he is the head of Titan now and ruining DiMera CEO would be good for his business. There is also the fact that he does not want him around Chloe because he has started to develop feelings for her again. But as fate would have it, Chloe thinks differently because Stefan saved her life including her children. He gave them shelter in his mansion when EL Fideo’s men were after her. Although Choe is Brady’s ex-wife, he couldn’t get her to move in the Kiriakis mansion.

Days of Our Lives Spoilers: Stefan Develops Feelings for Chloe

Meanwhile, Stefan has developed feelings for Chloe. He will ask her if she will consider dating him and taking things forward. But, due to obvious reasons, Chloe will be torn. She had feelings for Lucas and was already nursing a broken heart. But given that Stefan has been so doting towards her, her decision might skew elsewhere.
Stefan saved her life when El Fideo’s men. But he sure does have a reputation. He became an outcast in Salem as soon as he entered the town. Since he was the son of Vivian Alamain and Stefano DiMera, people were bound to take offense. Then, he fell in love with Abigail’s alter ego, Gabby. Later on, he slept with a mentally ill woman.

In the latest #DAYS, Chloe may have a stalker. Can Stefan get to the bottom of it? https://t.co/ZsCmioRrzb pic.twitter.com/AKdxU9Biv1

Since Chloe and Stefan have been living together, they have realized how many things are common between them. Stefan always desired for a family and with Chloe and her children around, he sees his dream coming together.

DOOL Spoilers: Jennifer and Jack Will Continue to Disagree

Days of Our Live Spoilers will tease that Jennifer Horton (Melissa Reeves) and Jack Deveraux (Matthew Ashford) will continue to disagree with each other. The former couple cannot come to a common ground at all. And, when Jen comes to know that Jack is planning to run for mayor after pulling the debate stunt.
She will be furious noticing his priorities out of order, irrespective his amnesia or not. Meanwhile, Claire Brady (Olivia Rose Keegan) will be upset seeing Tripp Dalton (Lucas Adams) protecting her from being questioned from the police. Claire feels hurt especially after she felt betrayed by JJ Deveraux (Casey Moss).