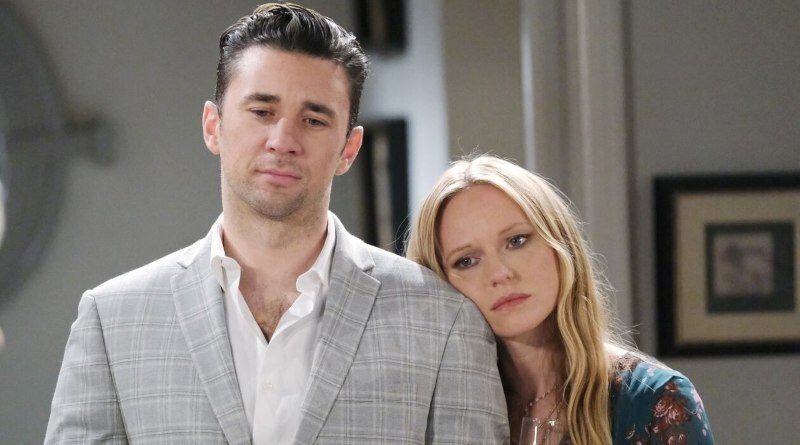 Days Of Our Lives Spoilers: Do Chad and Abigail Belong Together? What’s The Future For Them?

Days of Our Lives viewers know that Gwen Rizczech is pregnant with Chad DiMera’s baby, and that is just one obstacle that Abigail and Chad are dealing with. Over the years, the couple has been through a lot together. They have dealt with a number of issues over the last years. And now as we look at their very long relationship, we cannot help but wonder, is their relationship even worth it? The two of suffered a lot at each other’s hand. Here is all about it and what might be the future of this couple’s relationship.

In Days of Our Lives, viewers know that Abigail had killed Andre DiMera and that had left her personality fractured. She could not believe that she had done something like that. All of that led to Abigail surrendering to a personality that she created in her own head, “Gabby,” which was loosely based on Gabi Hernandez.

“Gabby” created an immediate and mutual attraction with Stefan DiMera. At one point, Chad found his wife in bed with Stefan. While it took a lot of work and intensive therapy, Chad and Abigail were able to fight their way back to one another. But their relationship wasn’t solid, and it was very easy for anyone to take advantage of them.

Gabi was one of Abigail’s victims. Abigail had lied on the witness stand, and that had led to Gabi getting convicted for Andre’s murder. While Gabi was in prison, she was severely beaten, and that led to the conclusion that Gabi would never be able to have any more children. So, when Gabi was finally released from the prison, she pretended that she had forgiven Abigail, but secretly she was plott ing against her.

So, when Abigail found out that she was pregnant and told Gabi that she thinks that it could be Stefan’s child, Gabi decided to take advantage of the situation. The blood tests didn’t prove any of this, but Gabi changed the reports. Chad could not bear the thought that Abigail had another man’s baby. So, the two of them once again parted ways. However, Chad and Abigail were reunited when Gabi’s truths were exposed. Wanting a new start, the couple moved to Paris. However, things started going down the spiral when they started missing Salem.

Gwen hated the Deveraux family because she was Jack’s daughter, and she believed that he abandoned her. So, she started drugging Abigail’s champagne, and that led to Abigail getting hallucinations. So, she went to Florida for treatment. To much of Gwen’s dismay, she came back in a few months mostly cured. However, Gwen did not think that Abigail had suffered enough. So, she convinced Chad that Abigail was having an affair with Jake. Sadly, it was easy to convince Chad, who jumped into the bed with Gwen.

Days Of Our Lives: What Would Happen Next?

Now, in the ongoing storyline, Gwen has lost her child, and she is blaming Abigail for pushing her down the staircase. So, there is a huge chance that it might cause a rift between Chad and Abigail. So, we have to think that is their love really worth fighting for? Would it be easier for them if they parted ways? Both of them don’t really trust each other. And it would be way better for both of them if they called to quit. But would they keep on trying? We will have to keep our full eyes on Days of our Lives and know.