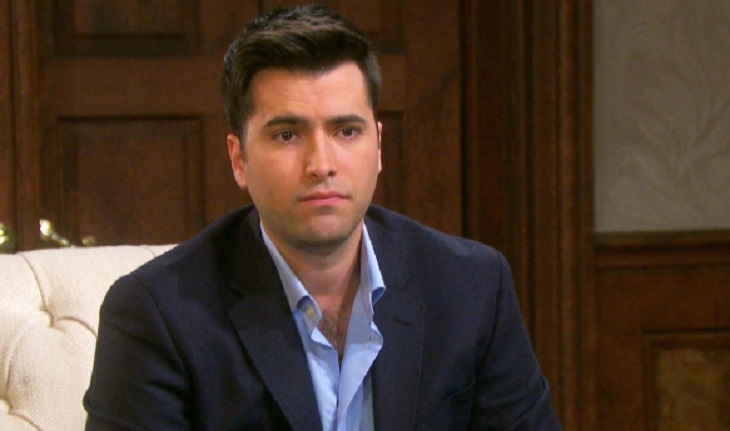 Last year, when Days of Our Lives cut their ties with fan-favorite couple Sonny (Freddie Smith) and Will (Chandler Massey), all fans were crushed. Back then, DOOl sent the couple off to Arizona. While Will did come back for a surprise visit in the holidays, Sonny has been out of the canvas since Autumn of 2020.

Since then, all Days of Our Lives fans keep wondering if they would come back or not. Recently, Sonny portrayer Freddie Smith revealed what’s next for him. Will he come back to Salem? Here is what you need to know.

Freddie Smith Reveals His Fate On Days of Our Lives

Freddie Smith has been out of Salem for more than a year, and now the actor revealed if he would ever come back or not. In a recent episode of his podcast- The Freddie and Alyssa Show, which he co-hosts with his wife, Freddie decided to answer the question. He said that DOOL fans often ask him if he would come back. The answer is disappointing.

As reported by Soap Central, the actor stated that while the door to Salem has always been open, he has changed his mind. He wants to fully move on with his life so he will not come back to Days of Our Lives. Smith further said that he has genuinely thought about this and made this decision. Also, he and his wife had already been thinking about him leaving Days before the soap ended his contract.

Smith says that if Days would have offered him a contract and there was no pandemic, they would have offered him a contract in February 2020. He would have said yes for one more year, but then that would be it for him. Back then, he was planning to get married and start a family. Freddie wanted to be close to his family. So, he couldn’t be in Los Angeles trying to be an actor. He wants to be with his wife in Florida, raising a kid. So, leaving Days was always his plan.

While this is sad news for all the Days of Our Lives fans out there, the good thing is that Freddie is happy. He has decided not to come to Days of Our Lives right now, that doesn’t mean that he can’t change his mind later on. Tvseasonspoilers.com will update you if there is any update about the change in plan. So, stay tuned.