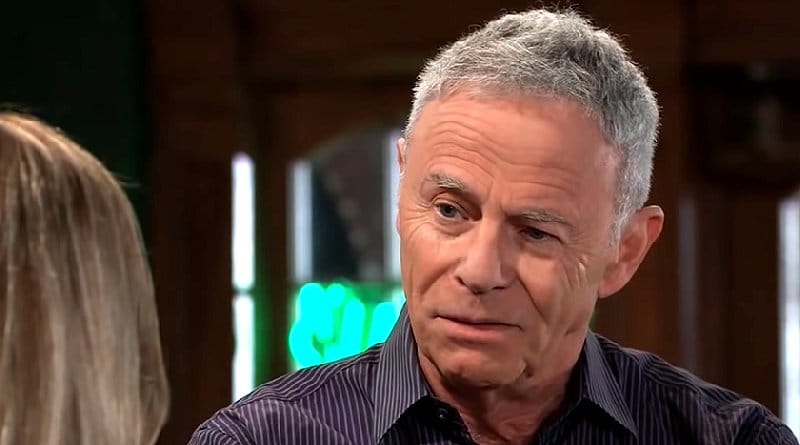 General Hospital Spoiler: Robert Scorpio To Get A New Romantic Storyline? All Details

Viewers who have been keeping up with General Hospital know that Robert Scorpio is single and has been single for some time now. He is the DA in Port Charles and is a respected WSB agent. He is the father of Robin Scorpio-Drake and has a brother Mac Scorpio who lives in Port Charles. With Robert being single for so long, it looks like he might get involved in a romantic relationship soon. Who would be the lady Robert might get involved with? Here is a list of all the women-

Could Anna Devane And Robert Come Together?

Robert has a long history with Anna Devane in General Hospital. Both of them were married and had a daughter together. However, later on, they parted their ways but decided to remain friends. Anna then got engaged to Dr. Hamilton Finn. However, Anna and Finn have now parted ways because of the secrets Anna had been keeping from him about Peter August.

General Hospital spoilers and recaps reveal that Robert is quite supportive of Anna after she lost Finn. So, could the two of them come close again? Could Robert be the one who would help Anna in the whole process?

General Hospital: Jackie And Finn Could Come Together Too

Long-time viewers would know that Robert and Jackie had met many years ago when Jackie first came to Port Charles looking for her sister Laura Templeton. Back in the time, Robert and Jackie got together, but then the two of them broke up, and Jackie left the town.

Recently, Jackie came back to Port Charles and is involved in a storyline with Cyrus Renault. She connected with her son Harrison Chase and her stepson Hamilton Finn. She and her husband are now separated. At the moment, Jackie is dealing with a lot of family drama with the whole paternity test coming out. It is possible that Robert could help Jackie with this crisis, and that could bring them together.

Holly Sutton Is Coming Back?

Viewers know that Robert and Holly have a huge past. Robert helped Holly stay in the country and married her. Holly was pregnant with Luke’s child, but she lost the child later on. Later on, Robert and Holly became a real couple. However, both of them parted ways but stayed friends. Currently, Robert believes that Holly is dead, but what he does not knows if that she is alive and is being held by a mysterious old man. Could Robert be the one who saves her, and the two of them would get reunited? Possibly.

General Hospital: Could A New Flame Be On The Cards?

Viewers also know that Robert and Olivia are becoming close friends. Robert helped Olivia when she wanted to meet Dante Falconeri when he was getting his PTSD treatment at the WSB facility. Olivia was really thankful for Robert’s help. Olivia was married to Ned, but then he had a one-night stand with Alexis Davis and is now separated from him. Robert has been supporting the woman with everything. So, could this new friendship turn into something more eventually? Maybe.

There are a number of single ladies who could be paired up with Robert in the upcoming days. He could really build his future with any of these women. We will have to wait and see how things turn from here. We will keep you updated with all the news about the soap. So, keep a check here. General Hospital airs on ABC all weekdays. Don’t forget to watch.