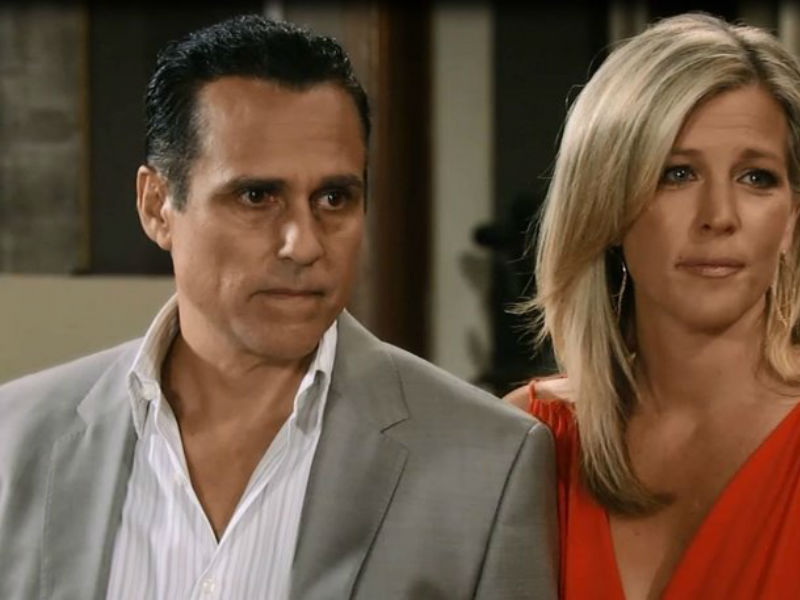 According to ‘General Hospital Spoilers,’ Sasha still feels guilty that she fooled Nina. But Valentin reminds her that Nina will get everything she ever wanted if they end up going on this charade. Meanwhile, Maxie asks for another favor to Peter, to which he agrees. This makes Maxie wonders if he ever says no in his life. There is a cliffhanger waiting to drop on Friday. Ryan has come really close to losing his life and everybody is eager to know whether he’ll live or die.

GH spoilers say that Ava will question Kevin regarding the Carly situation. She will be kept on frozen ground in a godforsaken place. While Jason enters a hotel room hoping to find Ryan. But he will be too late. He will miss him at the motel in the Niagara Falls.  In the later scenes, Jason will share with Laura that Ryan and Ava are traveling to Canada. Spoilers also tease that Ava will fall in love with Ryan and will be confused about Kevin’s odd behavior. Till the time Laura and Jason get a hold of the duo. She will yell out loud saying the man is Ryan and not Kevin.

Ava's in for a shock when she sees what Ryan has hidden in his trunk. Can she get Carly out alive? @lldubs #GH55
Tune into a terrifying, new #GH – STARTING NOW on ABC! @MauraWest pic.twitter.com/7AYMVQ3c6H

As things progress, fans realize that Ava had played along with Ryan, giving strange excuses for Carly being unconscious in his trunk while having her mouth shut with duct tape. When she goes back to her room in order to wait for Ryan, she comes to the conclusion that Kevin must have gone crazy. He tells her that he has taken care of the situation.

Will Ryan and Ava Fall Over The Bridge?

As the GH spoilers would have it, Ava and Ryan will fall over the side of the bridge. Shockingly, they will plunge into the water together. Ryan will pull her along when she is trying to understand the things Laura said. Hitting the water head-on, will this be the end of Ryan? Will he die? But fans suspect that this won’t end because of the troubles in Port Charles. Luckily, Ava will survive the fall but she will turn into a mess.
Meanwhile, Ava pleads Kevin to let her call 911 saying that they still have time to make everything right. She does this to make sure that Carly is safe and sound. Even though it is still not clear whether Ryan and Ava will be at the same spot where Carly is. But Ava thinks that her enemy is still facing problems.

Carly Will Be Hospitalized Soon

After going through a terrible time, Carly will be saved and sent to a hospital to treat her injury. Although everyone is concerned whether or not, the baby will make it. The pregnancy came as a shock to her but she adjusted herself to the idea of having a family. If she loses the baby, Carly will be depressed. Even if the baby survives this incident, there are still future complications which might endanger the baby’s life. With Sonny missing, Carly will still be stressed.

Julian has become lonely as Kim went to Niagara Falls to be with Oscar. Oscar visited Alexis which ends up bringing up old bitter feelings once again. While Alexis’ daughters, Sam and Kristina will meet to discuss Sam’s weird encounter with Daisy. Will the baby survive? Will Carly have to go through another tragedy? Stay tuned to TV Season Spoilers for latest General Hospital