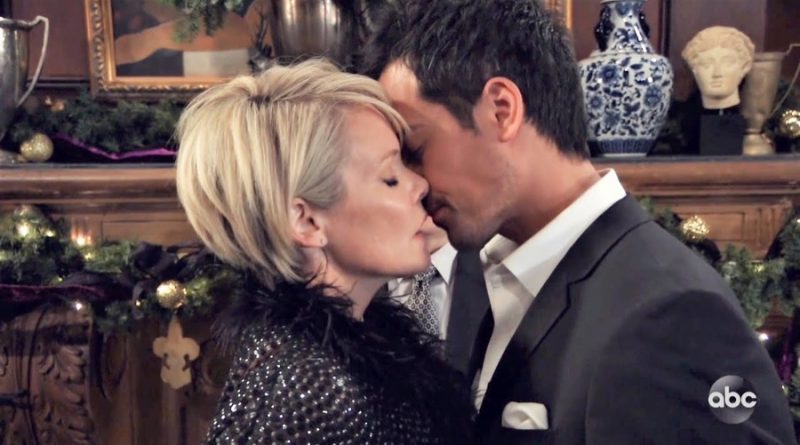 General Hospital Spoilers For The Week of February 22: Nik Makes Ava A Promise! Peter’s Truth Is Out?

We are about to move into the week of February 22 in General Hospital, and a lot of drama is coming up. Spoilers suggest that starting off will be Nik as she makes a promise to Ava. Then there will be Jackie and Martin, who get closer to finding out Florence. Moving ahead will be Nina and Carly, who will brace themselves for some attack. What would they do? Keep reading to find out all about it.

The latest General Hospital spoilers suggest that Nik will make a promise to Ava in the week of February 22. He will promise her that he will keep her safe no-matter-what. There is a lot happening at General Hospital lately. What has caused him to make this promise anyway? In more Ava-Nik-related news, Ava will not move even an inch when she is in a situation. Laura will try and help Nik in working out the issues with Spencer.

More General Hospital spoilers reveal that Martin and Jackie will come really close to finding Florence. As we move ahead in the week, Jackie will plead her case with Finn. Would he find out that he is Chase’s father? If so, would Jackie ask him to keep the information hidden, or would everyone come to know about it?

What Would Nina Do?

Nina has been extremely unpredictable lately. But who could really blame her? She recently found out about Nelle. Not just that, she also came to know that Carly and Jax were involved with the whole truth. This can indeed shake anyone up. General Hospital spoilers hint that keeping in mind the current situation, Carly will start wondering what would be Nina’s next step. It sounds like Nina is all set to make some major changes in the week of February 22.

At least Nina will have some support in the form of Maxie. GH spoilers suggest that Jones will offer her support multiple times the week of February 22. In fact, the two ladies will spend some time together on Friday and reminisce about Nathan and the love they shared for him.

Willow and Michael To Reunite?

General Hospital spoilers suggest that Michael’s date will soon get interrupted early on in the week. Is he taking out Sasha for a belated Valentine’s Day Dinner? More General Hospital spoilers say that Willow and Michael will come together to analyze some of their recent decisions. Now that Nina knows that Wiley is her grandson, would Nina try and file for custody? Would Michael and Willow start regretting their annulment?

General Hospital: Is Peter’s Truth Out?

On the other end of the town, Anna will try and reach out to Peter. As we move ahead in the week, teasers reveal that Anna will confide in Valentine about something. Will she tell him that she has come to know about Peter’s truth? Would Anna run to Peter and talk to him about what she has found out? Things might get really tricky for Cassadine in the upcoming days.

Britt Pleads To Her Mom

General Hospital spoilers say that Britt will hope Liesl listens to what she has to say. However, it looks likes whatever she does says will fall to Westbourne’s deaf ears. By the time we hit the weekend, it looks like Maxie will feel a need to defend Peter from Britt. In t he process, it is possible that Maxie might see Peter’s true colors. In other related news relays, Robert will rant to Jason about he does not want Maxie to marry Peter, but he can’t do anything at all about it.

General Hospital spoilers reveal that Jordan will get to spend some time with TJ this week. Ahead in the week, Portia will approach her. She would hope that Jordan might keep Taggert out of jail. Other Jordan-related news relays that Curtis and Jordan will have an awkward run-in. Curtis will confide in Sam as he tells her that he feels like he needs some change.

Could that mean that he is planning to leave his marriage behind? The upcoming week seems quite eventful. Do not miss out on all the happening at General Hospital. Tvseasonspoilers.com will keep you updated with all the news about the show as it surfaces. So, you stay tuned.