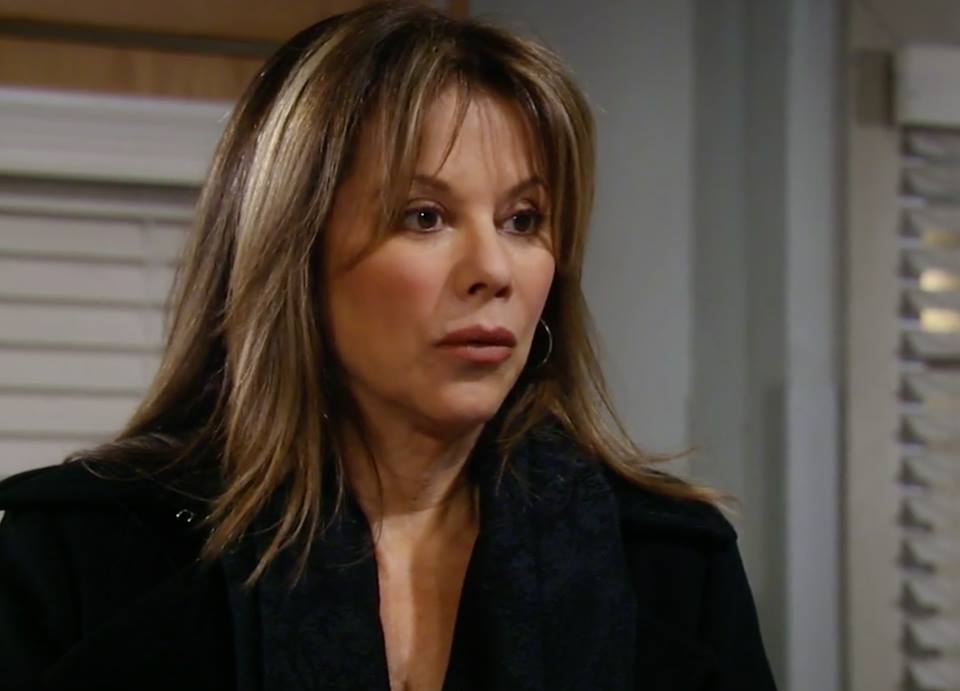 General Hospital Spoilers For Week Of 9 March: Alexis To Lose All Her Control

General Hospital Spoilers for the week hint a lot of drama. There is romance, reunions, confrontation, warnings, and so much more. While Brad is in a bad position because of the truth reveal, Jordan will have some reassurance. Willow will finally start opening up, and Alexis will lose all her control. Read about that here-

It looks like the first half of the upcoming week will prove to be very challenging for Alexis. General Hospital spoilers for the week hint that she might lose control of herself. It will not be in her control what she does next. Does that mean that she will get close to Neil without a caution? When it comes to that guy, it’s quite evident that they have attraction there. No matter what it is, the two need to be careful.

General Hospital spoilers for the week reveal that Neil will have to deal with something he wasn’t expecting this week. He will be interrupted with something in the week to come. So, does that mean fans could get to see an Alexis-Neil reunion? Alexis, for sure, doesn’t want to stand between Neil’s career. However, he wants to choose her over his license. It looks like something might happen that could bring these two together. Shockingly there is a possibility that there might not be a career at all.

Jordan To Have Some Reassurance

In other latest spoilers, it looks like Jordan will receive a text that would reassure him. Molly will question her as she is looking for information. As the story proceeds, Jordon will be very tensed about a situation. Has something gone wrong with T.J.? If Molly asks Jordan for some answers, it could have something to do with T.J.

General Hospital spoilers reveal that Stella will visit Curtis this week. In other news, Curtis will wonder if Jordan is hiding something. She better know what she’s doing before she gets into a big problem in this case. He might even find out what Jordan is up to, and this could prove to very, very bad for her.

If Cyrus is really up to something and has kidnapped T.J., it will put him against Sonny. General Hospital spoilers for the week reveal that Sonny will issue a warning and make his intentions clear. Everybody is well aware that Sonny isn’t the person you mess with. He might now really be getting tired of Cyrus and his deeds. So, now he might try to get rid of him in the days to come.

General Hospital Spoilers: Jason To Go Back To Quartermaines

General Hospital spoilers reveal that Jason will go back to his biological family, the Quartermaines, in the upcoming week. He and Monica have been developing closeness. So, it will be nice to know that the Quartermaine mansion still has its gates open for him.

Michael and Sasha To Make Decisions

In the upcoming week, Michael will be very amused. It looks like bonding with Wiley was all he needed. As the days go by, he and Sasha will have some conversations. These conversations might turn very emotional. They will be concerned that Michael is now a single dad. In addition to that, Nelle is on his back. So, they will make some decisions regarding it.

General Hospital spoilers indicate that there is some heat building up between Julian and Brook Lynn. She will confront him in the days to come. She wants more help from him for sure, but he will resist that. Brook will continue to try to know how he was involved in the whole baby switch. By the end of the week, they might start despising each other.

The whole baby-switch truth has left Brad in a bad situation. He will get a warning from someone. We don’t know who it is, although. There is a potentially long list.

Meanwhile, on the other end of Port Charles, Mac will throw a party. Some light time is all everyone needs right now. Willow has been through a lot. Lately, she will finally start opening up soon. But who will she turn to talk to?