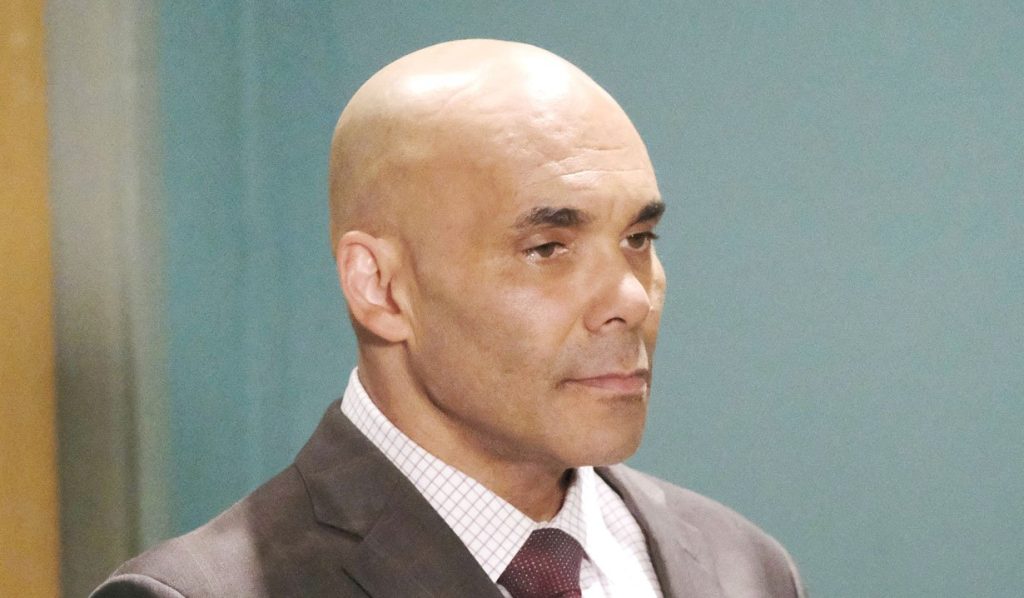 General Hospital Spoilers: Is Marcus Tagger Dead Or Is He Faking It?

It looks there are many shocking revelations on the way for General Hospital. In a recent episode, Marcus Taggert died. But did he really? There are many new storylines developing around that. Along with that, Trina’s mom is coming to Port Charles, which can also shake up things. Trina is devastated after her dad’s death. Is all that really happening? Keep reading to know

We know that people once dead don’t return but, this is the soap opera world, and anything can happen here. Recently there was a sequence that proved that Marcus Taggert is now dead. But is he? General Hospital spoilers tease that all this death sequence is just a giant fake-out. He may come back soon enough. It looks like this is very cruel for Trina, but her safety is way more important than anything else. Hence, this looks like the right move for Taggert.

Portia Robinson To Make A Debut

General Hospital Spoilers updates that Dr. Portia Robinson, Trina’s mother, will debut in Port Charles on March 5. There are possibilities that she is cheated as well, and Taggert’s truth might be hidden from Trina. Portia will wonder why and how Taggert can leave their daughter in such a distraught. General Hospital will possibly go through everything like the funeral and burial. All that will, however, happen Offscreen. This will all be very painful for Trina.

Cameron Webber will remember that Trina was the one who had supported him throughout the whole of Franco’s memory mapping time. He always had hoped the Franco would come back. It will all make him when sad when he realizes that Trina doesn’t even have that Hope. In this sad time, Cameron will stand by Trina’s side. However, they don’t know the truth yet, and it is all a matter of some time.

Who Helped Taggert In All This?

Yes, that might be possible. General Hospital Spoilers hint that it was Sonny Corinthos who helped Taggert fake his death. The two don’t get along for sure, but both of them do care about Trina. Taggert’s presence in Port Charles was just putting Trina on risk. So it was better than Sonny defeats Cyrus and then reveal that Taggert is actually alive.

Along with Sonny, there are possibilities that Lucas Jones and Ephiphany Johnson are included in the plan too. They, too, are very concerned about Triana and many other lives. They want to stop the Mob war, and Taggert’s death could do that.

How Are The Fans Reacting To This?

Monday’s General Hospital episode left fans in shock.  Real Andrews very recently joined the show, and now his death has left fans asking questions. Soon after the show was aired, fans started putting out their displeasure on the storyline on Twitter. Here is how the fans are reacting to the storyline.

Though it was a brief, it was great seeing Marcus Taggert back on @GeneralHospital and the GH history with the reunions over the last month with certain characters that he had dealings with like Sonny, Jason, Laura and Liz. Great return! @realandrews #GH

There are many very dramatic storylines brewing in Port Charles. This Taggert’s dead storyline has only added up to more. All the General Fans out there, don’t miss the action. Keep watching General Hospital and Stay tuned with tvseasonpoilers.com for more news and information on the soap opera.