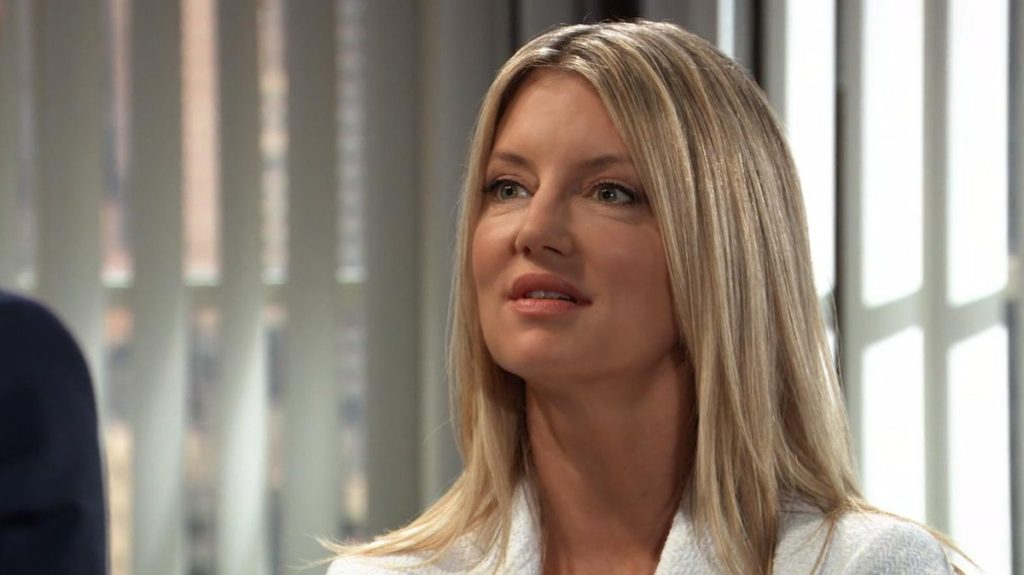 Viewers who have been keeping up with General Hospital would remember that before Nina came to know about her daughter, Nelle was her daughter. She and Jasper “Jax” Jacks spent a passionate night together. Back when it happened, it felt a little old to everyone. The writers at General Hospital were focusing so much on one night of lovemaking for a couple that had been already established. But now it looks like there is more to it.

The latest General Hospital spoilers suggest that some big twist is coming up on the soap opera in the upcoming days. Nina is indeed a bit older than most women who carry a child. However, this new twist isn’t entirely out of the question. It is possible that Nina might find herself pregnant with a miracle baby soon. Carly Corinthos also had Donno Corinthos not very long ago. She is almost the same age as Nina.

General Hospital: Would Nina Keep Jax Away From The Baby?

If Nina were to be pregnant with the miracle baby, the baby would quite certainly be Jax’s. However, keeping in mind everything that has happened recently, it does not looks like Nina would want Jax anywhere around the baby. Spoilers suggest that in the week of February 15, Nina will come to know about Carly and Jax keeping a secret about Nelle’s fall from the cliff. So, Nina’s behavior is expected. Nina could decide that she wants to deny Jax of any or all the rights to the baby, just like he did not tell her anything about Nelle and the truth that baby Wiley is, In fact, her grandson.

When Nina decides to keep Jax away from this child, this is exactly where Valentin Cassadine might come in. It wouldn’t take a lot of Nina to ask Valentin to help her with the baby. So, it is quite likely that Nina and Valentin might pretend that they are back together, and Nina is saying that this baby is Valentin’s.

Of course, there is a possibility that they might have to prove it. Questions about the DNA test might also come in. However, this is Valent in we are talking about. He could very easily bribe anyone in General Hospital and ask them to mess up with DNA results. This wouldn’t be his first time doing so. Plus, Valentine would love to deny Jax of the child and have Nina all to himself.

It will be very interesting to see what happens ahead in this storyline. Nina, Valentin, Jax, and a baby in one storyline can only lead to loads of drama. We will keep you updated with all the news about General Hospital. So, you stay tuned. The Soap opera airs on ABC all weekdays.