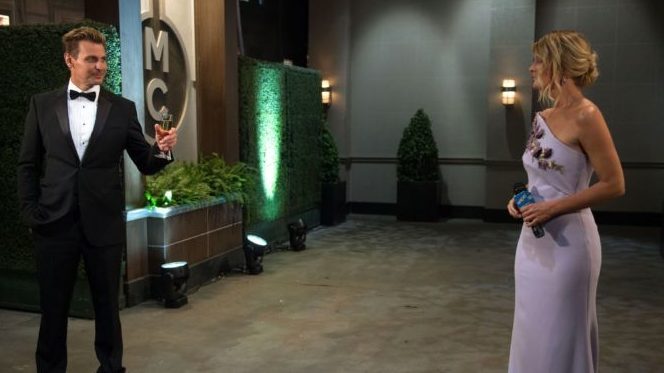 According to the latest General Hospital spoilers, Jax is going to confuse Nina and then reveal a piece of shocking news. Franco has been meaning to have a confrontation with Ryan for quite a long time. In the upcoming episodes, we will find the intense scene unfold. In the meantime, Lucas is on the lookout for some legal advice that can come in handy. Let’s dig a little deeper into what’s going on with some of the most crucial GH characters.

As we know, the highlight of the show has been Ava stabbing Ryan. She is quite unapologetic for her action as she thinks she is doing the right thing avenging her daughter’s murder. Scott tried to save her from her own actions but the mom of the deceased Kiki seems to be quite determined to reject any advice for her well-being. At the time even Scott had no update regarding the medical status of Ryan. But General Hospital Spoilers suggest that he has survived the surgery and is back to his senses now.

Even though Ava might not be pleased to hear this but Franco has been on the lookout for confronting Ryan for his deeds for a long time. He has some pretty harsh words to say to the patient and he will do so soon. Franco will point out the pain Ryan has put him through. Chances are, he might even end up convincing the big villain to donate one of his kidneys to Jordan. As we all know, Jordan can’t go for dialysis anymore. She is dire need of a kidney as her survival depends on that.

Lucas finds out that Shiloh is the biological father of his son. He is likely to run to Alexis for some legal advice. Of course, the lawyer is going to try and get as much information as possible for the case. But will Lucas reveal all the necessary info he knows? We are also going to see Julian as the scene unfolds. Sam will let him know that her brother needs assistance. The Wiley truth is about to be out in the open. It’s just a matter of time Lucas finds himself badly stuck.

WATCH: Carly and Jax agree that Josslyn is their priority… no matter what issues he and Sonny may have. @IngoRademacher @lldubs #GH pic.twitter.com/l7SAXFQbL6

Do you think Franco will manage to convince Ryan for giving one kidney? What about Lucus? Let us know what you think in the comments below. Stay tuned to TV Season Spoilers for latest General Hospital Spoilers and updates.