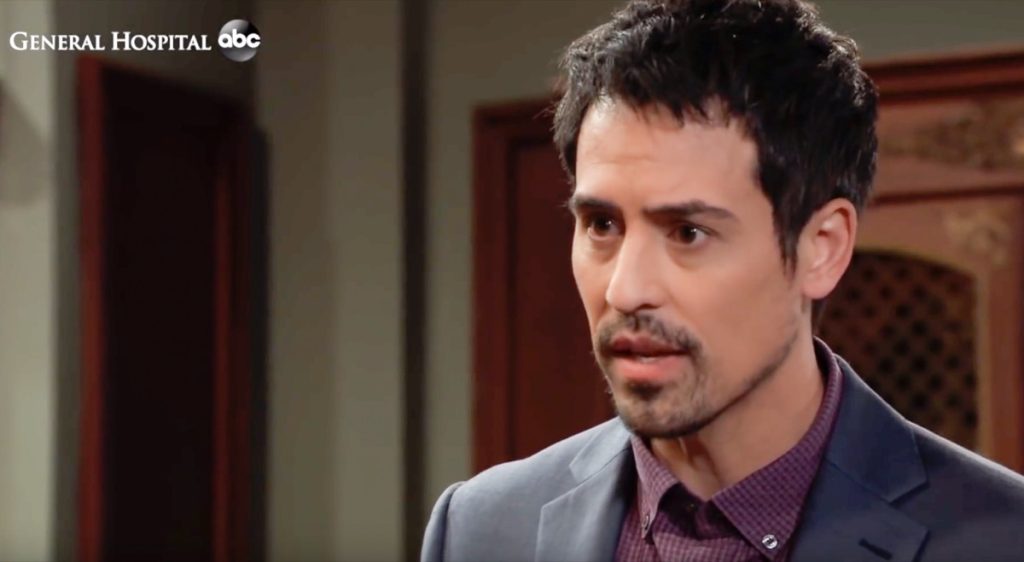 General Hospital Spoilers: Nikolas Confronts Spencer, Is He In Cahoots With Ryan Chamberlain?

General Hospital spoilers suggest that Spencer Cassadine might find himself in hot waters soon. It has been speculated that Spencer is working with Ryan Chamberlain to gaslight Ava and blow her marriage with Nikolas. So, will Nikolas or someone else figure out what Spencer is upto? What will happen next? Keep reading to find out-

GH viewers who have been keeping up with the soap know that Nikolas visited Alexis recently. When he went to see her, he came across Harmony and discovered that Ryan was sending some letters. After a lot of arguments, he was able to get his hands on the letters. While searching through them, he found a letter that was addressed to Spencer Cassadine in France.

Nikolas was enraged. Now, he is suspicious that Spencer and Ryan could be in cahoots, and they might be working together to blow up Nikolas’s marriage. After all, it doesn’t seem like a coincidence that Spencer came back to Wyndemere as soon as Ava left. Nikolas will wonder if Spencer could really be this manipulative? What he doesn’t know is, Spencer is a lot more than what meets the eye.

After finding the letter, General Hospital spoilers suggest that Nikolas will confront Spencer with everything he knows. Spencer will freak out a little bit, but he will soon realize that he can talk Nik out of this. Nikolas wants to have a decent relationship with Spencer. So, he will believe everything that Spencer has to say, ignoring all the red flags. As suggested by Soap Opera Spy

, when Nik confronts Spencer, Spencer will act like he doesn’t even know what Nikolas is talking about. Why would he want to get into someone like Ryan?

It looks like Spencer and Ryan are indeed working together, and they have more plans up their sleeves. While Spencer could be very manipulative, he seems to be finding it very hard to match Ryan’s level. He is pretty anxious to put all their plans into motion. But then, we can’t say anything for Ryan. He is a sociopath serial killer and would do anything to anyone who comes in his way.

Would Ryan start attacking Spencer? Could Spencer end up in more danger than he thought? It is indeed possible. We will have to wait to see what happens next. Would Ava come to know all about this and save Spencer? That is one way to look at it. Tvseasonspoilers.com will keep you updated with all the news about General Hospital. So, stay tuned.