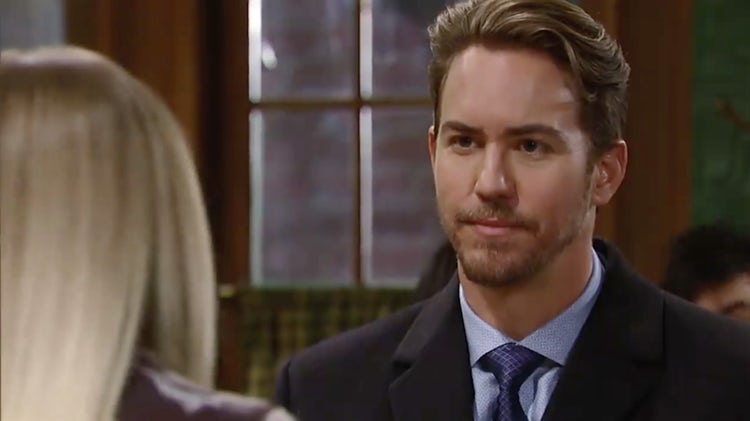 General Hospital Spoilers reveal that there is going to be bad news for Peter. He is going to need some help as Mac is back again as the police commissioner. Jordan had been fulfilling all duties well unless she had to go on a kidney transplant list. When she has the surgery, Jordan will need a lot of time to recover. In the meantime, Port Charles won’t be able to function properly without a commissioner. So, to fill the necessary void, Mac is again taking charge of maintaining law and order in the town. However, it will pose some problems for Peter and he is going to have to deal with it.

Peter is struggling to make something work. The only way he can sort out the issue is by joining hands with Mac. However, helping Peter is far from Mac’s priority list. Maybe, he needs help with something that has to do with Maxie. Whatever it is, the situation is going to be a little complicated.

Mac should sit down for this. Laura has an offer for him that's so crazy, it might just work. #GH is all-new and STARTS NOW on ABC! @JohnJYork pic.twitter.com/4kroHVHqjr

Mayor Laura Collins is worried about what will happen in Port Charles in the absence of Jordan. She is going to need someone to be on her side. She trusts Mac and believes that he can do a good job. So, she hands over the responsibility of filling in for Jordan in the hands of Mac. Mac, in turn, is happy to help Laura out. This way, the job lands in Mac’s hands as long as Jordan recovers.
When Frank Valentini approached John with the offer, he was overjoyed. Even if it’s a temporary gig, he is excited about playing the role. He will be back to play his part after he left in 2012. The actor says that he is looking forward to working with an entirely new cast and a fresh group of people. Genie Francis, who portrays Laura is one of his best buddies. He says that it’s always nice to work with her.
https://twitter.com/GeneralHospital/status/1140650308827144192

Mac coming into the role of the commissioner might also mean that there is going to be bad news for Peter. He is setting up Lulu to be undercover to expose the man who entices women on dating apps and then robs them. For that, she needs to set up a profile and pose as a single woman. Mac will feel that he is pushing Lulu into a path that can cause a lot of harm to her. Chances are, it might make Mac doubt his judgment. Since he is Maxie’s stepfather, it can create problems for Maxie and Peter.
Do you think Mac will be able to accept Peter as a suitable match for his stepdaughter? Or will Peter be in a really stressful situation ahead? The new week is going to be filled with suspense. As General Hospital Spoilers suggest, fans are going to enjoy some intense on-screen moments. Stay tuned to TV Season Spoilers for latest General Hospital