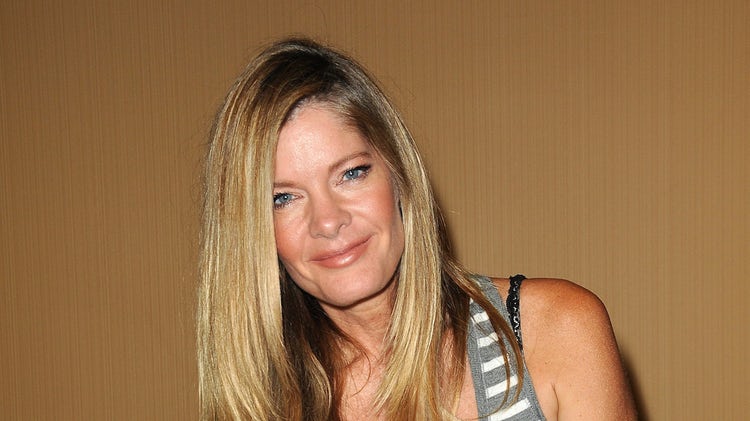 As General Hospital fans already know, Michelle Stafford is going to depart from her role of Nina. She is off to play the role of Phyllis on “The Young and the Restless.” The reverse DNA test reveals that in reality, Sasha is not Nina’s daughter. It seems like Valentine failed to pay Brady enough to keep the reality concealed. Before the character makes her exit from Port Charles, it seems like there is going to be plenty of drama.
A popular fan theory stated that Willow Tate might be the real daughter of Nina. But with Michelle out of the show, there is a possibility that the storyline might never occur in the first place. There is likely to be a major fallout amidst all the lying and deception. Intense heartbreaks are in for the residents of Port Charles.

Nina is going to be heartbroken when she learns that her own aunt and husband were the ones conspiring against her. She has grown to love Sasha like her own child and will be devastated to know that she is not her daughter.

Nina Will Be Gone For Good

Gina Tognoni is an ideal match for playing the role of Nina as Michelle Stafford as she makes her return to the role of Phyllis on The Young And The Restless. However, since Nina is likely to be gone for good, a recast might not even be under consideration.

Even if Nina is going to leave town, we know that there is a woman who is her real daughter. She is the one in possession of the other piece of the locket. If Willow is the long-lost daughter, there is likely to be an intense on-screen moment between her and Nina before she makes her exit. Liesel and Valentin have a mindset that reflects immense selfishness. As a result, they are going to suffer the loss of losing a woman who truly cares for them.
While the news of Michelle’s departure was rolling around, fans took some time to pick some of their favorites for the role of Nina. Cady McClain, Noelle Beck, Alicia Minshew, and even Alicia Coppola are some of the names that popped up. Gina Tognoni doesn’t have any upcoming assignments lined up for her. This makes her ideal for playing Nina on General Hospital as fans are already grieving over losing her from The Young And The Restless. Even though Gina hasn’t made any comments about her future, fans are hoping for a pleasant surprise.
How do you think such a major departure is going to impact the storyline of the show? Who do you think is suitable for playing Nina’s role in General hospital

after Michelle Stafford is gone? Let us know what you think in the comments below. Stay tuned to TV Season Spoilers for latest General Hospital Spoilers and updates.