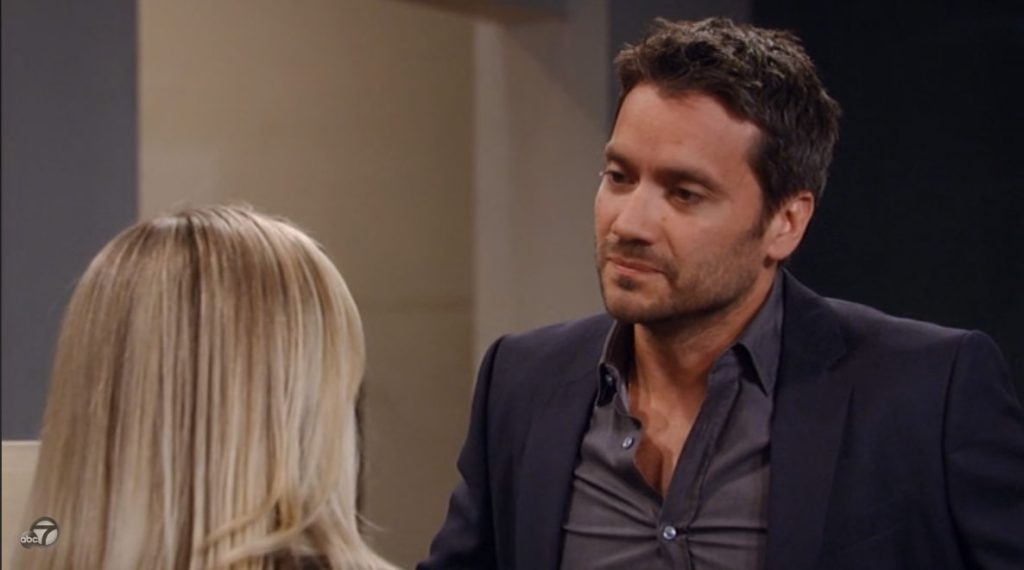 According to General Hospital Spoilers, Dominic Zamprogna will be making a return as Dante Falconeri. As the GH spoilers tease that he will re-enter with new scenes. Dom has started filming for the scenes in February itself as he is “stoked” about his return.

Will Dante Get The Closure That He Deserved?

The executive of the show, Valentini, reached out to the actor to discuss the possibility of his return to the show. He asked Zamprogna if he was willing to shoot for a short storyline. Given the fact that he was not ready for anything long term. Discussing the change in the storyline to inculcate his entry, the two had a good discussion over it.

Dominic Had Discussed His Concerns Regarding Dante’s Storyline

It takes a village bring the characters of Port Charles to life. And we wouldn't be able to do it without our remarkable Hair, Makeup, and Wardrobe departments. Please help me give them a round of applause. 👏👏👏 @GeneralHospital #GH55 pic.twitter.com/hzH8Xn9DEZ

Last year, Dom had shared his concerns regarding the wrap up of Falconeri’s departure from the show. Without revealing any important details about General Hospital regarding his return to the show, the actor expressed how happy he is with what is being done. It is only a matter of time until the fans get to know what happens next.

General Hospital Spoilers reveal that Dom has already filmed with Maurice Benard (Sonny Corinthos) and Emme Rylan (Lulu Falconeri). Lulu and Dante will be reunited unless there is another twist in the story or Ryans ends up being featured in some fantasy scenes.

What Will Happen Next on General Hospital?

It’s still not sure as to what will happen next but one thing is given, the storyline will find a way to provide more closure to Dante. At least this time. Zamprogna shared his gratitude towards his fans for all the heartwarming messages that he received. Giving all the credits to his fans for a second chance, he intends to make things right for his character.

Robert and Anna are on a mission to find out more about the evolution of Dr. Cabot's memory experiment. Can Peter give them some insight?
Tune into a dramatic, new #GH – STARTING NOW on ABC! @finolahughes pic.twitter.com/w4tIjry4dp

Even though the show could have re-casted someone for Dante’s role when he first departed the show. Some of the fans would have accepted this change but many of them thought there could be only one Dante and only Dom could play it.

Dante’s character not being re-casted turned out to be a good thing. And, now that he is back, Dante will stir up a big adventure which might put Sonny in a lot of danger. The strategy to save Dante will be action packed so the fans are in for a treat.

General hospital spoilers hint that Dante could return to end things with Lulu Spencer. Since Dom is busy with other things, Lulu should be free to be able to move on. So, one possibility could be that Dante may come back to he will continue working with WSB and won’t be able to come home to her. It is not fair to keep her waiting anyway. Wanting to do the right thing, Dante will set Lulu free to live her life. But these are just speculations in the end.
With so much excitement in the air, let us see what happens with Dante’s re-entry. Stay tuned to TV Season Spoilers for latest General Hospital Spoilers and updates.