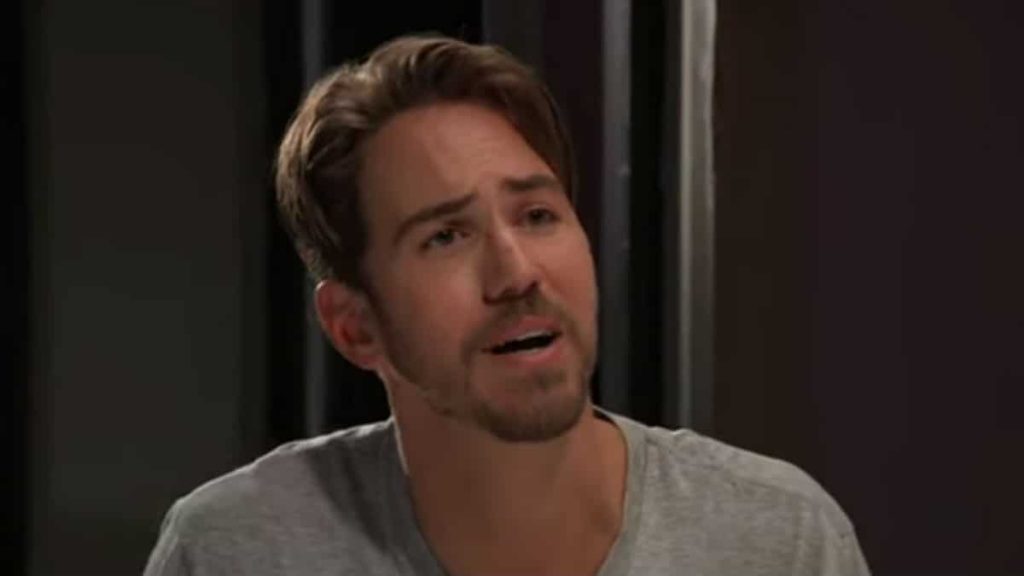 General Hospital Two-Weekly Spoilers: Will Peter Get Caught? Franco To Get Into Big Mess

The latest General Hospital spoilers for the upcoming two weeks suggest that a lot of drama will happen on the Port Charles. Willow and Michael have decided to go on different paths that lead to their ex-flames. However, everyone knows that the two of them still have feelings. Then there is Nina, who knows that Nelle is dead and believes that Carly and Jax were behind it. So, she will want revenge. Following them are Peter and Maxie as the two of them head to tie a knot. Would they? Keep reading to find out-

General Hospital Spoilers For The Week Of February 22-26

The latest General Hospital spoilers for the week of February 22-26 relay that Sasha and Michael will decide to spend some quality time, but things would get interrupted. Willow and Michael will spend time together and bond instead. Then, there will be heartbroken Nina. Spoilers suggest Britt will receive some news that might be bad. What could it be? Here is everything about it.

Sasha and Michael’s Moment Gets Ruined

The latest General Hospital spoilers suggest that Sasha and Michael were about to kiss when Harrison Chase drops Willow Tait back at the Quartermaine mansion. This will become a surprising interruption as Sasha and Michael’s moment will be ruined. Sasha wouldn’t get Valentine’s Day lip-lock with Michael.

As for Willow, she will tell Chase goodbye for the night and will come in for a movie night with Michael. It has started to feel like Willow is just leading Chase. She is still stuck on Michael and believes in how generous he is. More Willow-related teasers suggest that Michael and Willow will have some deep conversations about everything that is going on lately.

Spoilers suggest that they might talk about Nelle Benson’s truth, Sonny Corinthos’ funeral, and Nina’s accusations. They might also talk about the two of them getting back with Chase and Sasha. There is a lot going on between the two of them. So, they will confide in each other in order to keep their bond alive.

Nina will remain heartbroken in the upcoming days. She has a big reason, after all. Nina will be furious with Carly Corinthos committing what Nina thinks of murder. Maxie Jones will listen to Nina’s outburst on how Jasper “Jax” Jacks put Carly first by helping her cover up the whole thing. Since Nina will be so angry and hurt, Maxie will try to console Nina and support her.

While Maxie tries her best to console Nelle, she will have some issues of her own. Maxie will continue to feel like she is alone. She is getting married to Peter soon, but she will still feel insecure. General Hospital spoilers say that Britt Westbourne will clash with Maxie in the upcoming days. Britt will not think that Peter is the good guy that Maxie believes him to be. So, more drama will come up there.

While Britt is involved in a number of ongoing storylines, she will also have some personal drama to handle. The latest General Hospital spoilers reveal that Britt will seek a diagnosis about an appointment she made to discuss her hand tremors. Will Britt’s worst fears become true? What is happening to her? We will have to wait to know.

Liesl Obrecht will be absorbed with her revenge plan. However, her daughter, Britt, will share some words of caution with her mother. Peter is a grey character. So, Britt might ask Liesl to be careful when it comes to him. She might worry that Liesl’s plan might not work. Britt wouldn’t want Obrecht doing anything that would cause her more trouble than she can handle.

Liesl will also avoid a run-in with someone. So, this someone might be Peter himself. It looks like Obrecht might break into Maxie and Peter’s apartment and look for new evidence. That could lead to the near-miss she has with Peter. But she won’t be able to avoid him forever.

More General Hospital spoilers reveal that Anna Devane will have a very critical meeting with Valentin in the upcoming days. Valentin will decide that he must come clean. It looks like Valentin’s loyalty will win over his loyalty towards Peter. So, Anna will learn about Peter’s actions and his evil moves soon. Viewers can expect a major confrontation where she will give Peter a chance to confess everything. However, Peter wouldn’t be really cooperative.

Ava and Nikolas Are Worried

On the other end of the town will be Nikolas Cassadine as he listens to Ava Jerome Cassadine. She will read a note from the mysterious sender. It is the same person who sent Ava the dead roach on Valentine’s Day. This note will talk about the secrets and the roaches being the only things that survive. Except for Ava and this mysterious person. Although, Nikolas will want to prove that Ryan Chamberlain is the man behind all this. However, it looks like it is someone else who is indeed targeting Nikolas’ wife.

Spoilers For The Week of March 1-5

As we move to the week of March 1-5, General Hospital spoilers suggest that Peter and Maxie will be all set to get married but will they get married? Then, Dante Falconeri will reach a crime scene that might lead to him catching Peter red-handed. Jackie and Gregory Chase’s relationship might get better, but they are bound to fall apart. What more will happen? Keep reading to know.

General Hospital spoilers for the week of March 1-5 reveal that Maxie and Peter will be all set to get married and start the new chapter of their life. Maxie will not know that Peter is super busy scrambling and trying to save his impending marriage and going off the track in the whole process.

As we move ahead in the week, Dante Falconeri will visit Peter and stumble upon the crime-scene. Most likely, Peter is behind this crime. It is possible that Liesl will also be involved there. She will be the one trying to deliver a message to Maxie in the same time slot. Unfortunately, it looks like Franco Baldwin will get into this mess too. His tumor is back, and everyone is scared. So, it is possible that he might get blamed for everything if Peter does set him up.

More Peter-related news suggests that there will be a special delivery for him at some point in time. One of them will be about Alex Devane, her last will and testament. It sounds like this document will alert Peter about Alex being his biological mother and not Anna. Then, the double wedding will get blown up.

More General Hospital spoilers suggest that Jackie Templeton and Gregory Chase will make some progress in their relationship in the upcoming days. It looks like the two of them will patch things up. However, their marriage will fall into pieces soon enough.

Both Gregory and Jackie are on the edge of dealing with the truth about Jackie’s night with Finn and the possibility that Chase might be Finn’s biological son. The soap opera has already laid out the groundwork for this explosion.

Nina will go to Ava and complain about Carly. It seems like Carly will be off the hook after her meeting with the feds when this happens. Nina will not give up the idea of taking Carly down. So, there is something Jax will be concerned about after he is unable to reach Nina.

More Nina-related spoilers suggest that Michael will extend an olive branch for Nina in the upcoming days. He might leave baby Wiley Quartermaine-Corinthos with his grandma for the two of them to bond and also ease some tension. However, Nina will not let go of the Carly revenge story arc. We will keep you updated with all the news about General Hospital as it surfaces. So, you stay tuned. General Hospital airs on ABC all weekdays.