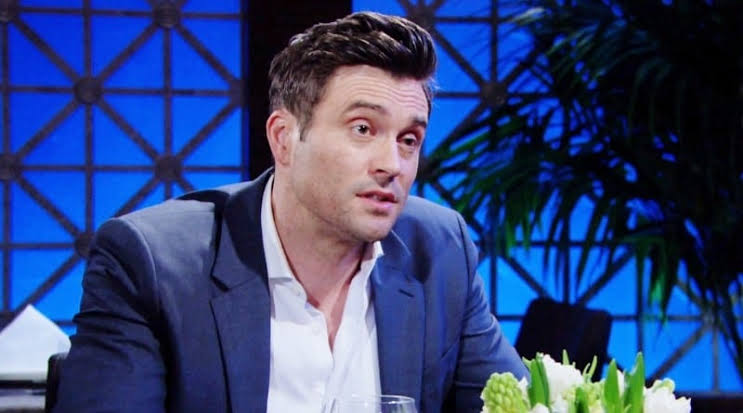 The Young And The Restless Spoilers: Cane Emotional Over Farewell!

According to the Young and the Restless spoilers, a heartbreaking day is approaching for the fans. As we have already informed the fans about the departure of Cane Ashby from the show, the rumor is turning real. Cane Ashby is bidding farewell to the show. The actor shared an emotional post on Instagram, saying goodbye to his fans.

The Young And The Restless Spoilers: Cane Is Leaving

The spoilers of the Young and the Restless say that Cane Ashby, whose real name is Daniel Goddard, is leaving the show. On 28 November 2019, he will be seen on the show for the very last time. His actual date of departure from the show was 26 November 2019. Due to impeachment hearings coverage, it got delayed. So, the fans who want to watch their favorite character for the last time still have a chance to do so. Don’t forget to view it.

The Y&R: Daniel Goddard Disappointed Over His Dismissal

We know that the viewers are disappointed with the departure of Cane Ashby. It seems Cane himself is not satisfied. When Goddard, aka Cane, revealed that he is fired from the show, the actor himself expressed shock. He was discontent with this decision of the heads. Now, when the moment of departure has come, the actor decided to sink in the memories he made. He also expressed his gratitude to the Young and the Restless that he will carry along with him.

The Young And The Restless: An Emotional Note From Cane

The actor confirmed his departure from the show on his Instagram writing for his followers that his journey on the Y&R is coming to an end. Today will be his last episode. He grieved saying he wanted to let know his fans that today is his last episode which will air and he doesn’t know-how and further continued by mentioning what it meant to him working on a show like the Young and the Restless.

In addition, he reminded the fans that he stepped on the show thirteen years back and it was not less than a home for him. He also added how good times he had shared with his fans as they laughed, cried and loved together. He wrote for his fans that we were always there for each other and this is what family does. In the end, he said that his fans and followers matter to him the most quoting Kristoff St. John (Neil Winters) how he would have said “Stay looking up! Always Daniel!”

The Young And The Restless Spoilers: How The Last Episode Will Feature Cane?

The Young and the Restless spoilers say that in his last episode, Cane will have a will face off with Devon Hamilton. Cane will deny all the allegations by Colin Atkinson. He will say that Colin is deceiving them, but Devon won’t trust him. He will stand firm that Cane is the mastermind and he wants to throw him behind bars. What is Cane’s fate? Will he is proven guilty or victim of the conspiracy? Stay tuned with TV Season Spoilers to get Y&R The Young and the Restless Spoilers and updates for upcoming episodes.