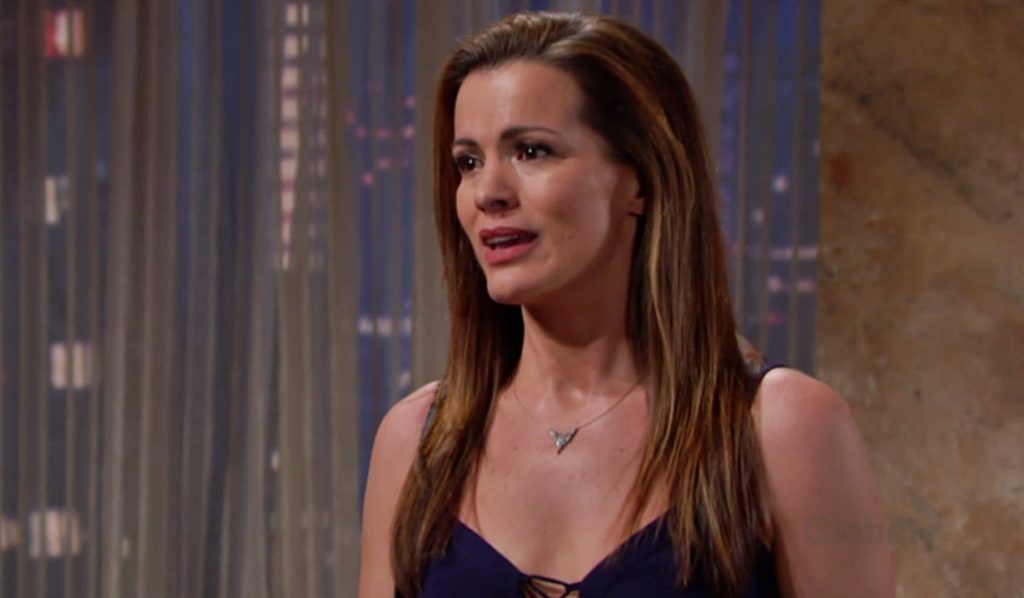 'The Young And The Restless' Spoilers: Coming & Goings Chelsea's Husband Is Back

The Young And The Restless Spoilers for the upcoming episodes reveal that Chelsea’s husband is going to show up. Not only is he going to make an appearance, but the guy is also going to run into a lot of trouble. On Friday’s episode, Melissa Claire made her return as Chelsea. John Burke is going to play the role of her new husband Calvin.

The Young And The Restless Spoilers: Chelsea’s New Husband Shows Up Unexpectedly

Chelsea’s new husband is going to show up unannounced into Adam’s penthouse. According to The Young And The Restless spoilers, the new guy is going to run into some serious trouble. Chelsea knows that he has adopted Connor and wants Adam to stay out of their arrangement. However, Adam says that his son will resent Chelsea forever for not telling him the identity of his real father.

Speaking of people related to Chelsea coming in GC, another person sharing a connection with her is going to show up soon. Daryl Tulane is going to make his return and Gordon Thomson couldn’t be more ready. However, the connection between them is still concealed. We don’t know who this guy really is unless someone reveals it on the show. His debut is going to happen on July 29th. What do you think the role has to offer to the storyline?

Does Adam Know The New Guy?

Adam is adamant on getting what he wants. Speaking of his desires, he has mentioned that he wants Chelsea back as well. On the other hand, she is in no mood to stay connected with Adam in any way. She doesn’t want to have anything to do with him. Since the day Victor brought him back to town, Adam has been wreaking havoc on his siblings. Another interesting theory is that he might know the new guy that is about to set foot in Genoa City.

Today on #YR, Nick and Adam are shocked by Chelsea's return and Phyllis is suspicious of Kevin. WATCH FULL EPISODE: https://t.co/PBKiTccxK1 pic.twitter.com/oirTyfZUh0

Y&R Spoilers: Phyllis’s Sister Is About To Enter Genoa City

Avery’s entry is going to be another way to keep the spark in the storyline alive. Jessica Collins has hinted her return to The Young And The Restless on Instagram. Her character’s storyline cast her out of the show in 2015. However, she is ready to reprise her role. Her encounter with Phyllis is going to be interesting. Actress Jess Walton has also been teasing the return of Jill for quite some time now.
Jill is set to return sometime in the second week of July. She made a brief appearance during Neil’s funeral. however, since she was late, she only got to interact with Cane and Billy. Speaking of returns, Ashley Abbott is also going to make her return. It is not clear when she is going to be there. The last time, she came at Neil’s funeral and when his will was being read. Let us know what you think of the plot twists with so many entries. Stay tuned with TV Season Spoilers to get Y&R The Young and the Restless