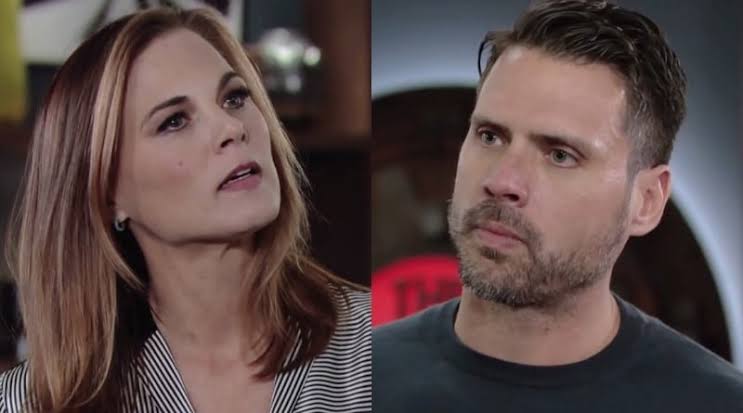 The Young And The Restless Spoilers For December 2019: Things To Turn Dramatic This Dec!

According to The Young and the Restless Spoilers for the upcoming and the last month of the year, December 2019, Chelsea will make an unexpected decision regarding Adam. Chance will propose someone, Phyllis and Nick may have a reunion and Christmas will come with the bounty. It seems that December is serving crunchy drama for the fans.

The Young And The Restless Spoilers: Chadam To Wed?

The spoilers say that Chelsea Lawson, who mostly is seen in trouble, might lead to something unexpected in December. The viewers know that Adam and Chelsea are doing everything possible to improve the spirit of Connor. Despite their efforts, it seems that Connor’s mental health will remain the same. For Connor, December won’t come with the gift of well being; instead, he will still be struggling with the mental issues.
Also, the anticipations of the Young and the Restless say that Chelsea will make a big decision. It is regarding Adam. Both the mother and the father has done much for him, and now he wants them to reunite. What is the unexpected she will do? Will Chelsea decide to pair with Adam or kick him off for the sake of good?

The Y&R: Phyllis And Nick Reunion

The spoilers of the Young and the Restless speculate that Phyllis and Nick may have a reunion in their works. They will take a walk to the memory lane where they will reminisce about their past romance. It wouldn’t be wrong if both of them try to rectify the errors they have made in the past. Forgetting Chance will Phyllis give a chance to make up with Nick?

The Young And The Restless Spoilers: Chance’s Proposal

The Young and the Restless spoilers tease in the early days of December Chance will propose someone. We saw his birding romance with Abby. Maybe she is the one whom he is to propose but! In the past few days, we saw exciting chemistry between Chance and Phyllis. Who will the Chance propose?

The Y&R: Devon’s Past Haunting Him

Devon will be uncomfortable with is past. The Young and the Restless spoilers suggest that it may be regarding the mistakes he made in the past. The loss of Neil and Hilary may also count. Also, there are chances that it has to do something connected to Katherine’s will.
This Christmas, Nate, and Elena will wish for a miracle. Why would they hope for a miracle? Is everything okay with Devon and his health? Or he will meet with an accident or sickness? Tune in with the show to find out.

The Young And The Restless: Cast Additions & Special Appearance

We have already informed the fans that December is the month for new cast additions in the show. Sharon and Nick’s daughter Faith Newman will come back in the holiday season. Alyvia Alyn Lind will reprise the character. As we have disclosed earlier, the Young and the Restless spoilers say that Fen Baldwin will enter the show this Christmas. Zach Tinker is to play the role. There is also the news that Justin Sylvester of E will have a special appearance on the show. However, the reason for his presence is not apparent.

The Young And The Restless Spoilers: Merry Christmas

Talking about Faith’s family, the Young and the Restless spoilers say that Nikki and Victor will receive an unexpected Christmas gift. With the arrival of gifts, the couple will realize the true meaning of this season. What would it be for the couple who has everything? Stay tuned with TV Season Spoilers to get Y&R The Young and the Restless Spoilers and updates for upcoming episodes.