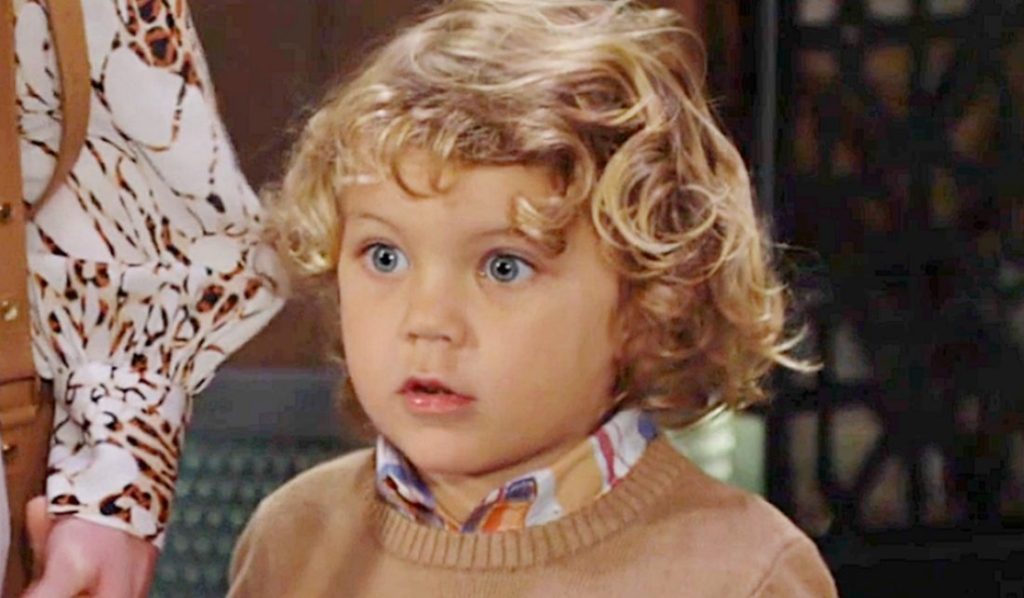 The Young And The Restless Spoilers For June 2021: Harrison’s Paternity Drama Rolls Out! Kyle and Ashland Are In A War

The latest The Young and the Restless spoilers for the month of June reveals that this month will focus a lot on Harrison and the paternity drama. Now that the truth about his paternity is confirmed, Kyle might have to make some major moves to save the boy.

Not just that, at the Newman enterprises, a lot will be happening. Adam will be trying very hard to be a good man. Meanwhile, Victor will be planning a war, and he might even try to get Nick on board with all of it. What more would happen? Here is all about it-

As we move into the month of June 2021, Kyle will have to make a few very tough decisions. Now that we know that Harrison is Kyle’s son, he might have to decide if he really wants to go ahead with announcing the paternity decision. This would indeed be a hard thing to do, but he does not really have a lot of options if he wants to save the little boy from Ashland. Not just that, if Kyle decides that he publicly wants to announce Harrison as his child, he would be putting himself, Jack, Summer, and a lot of other people in tough positions.

The Young And The Restless: Tara Comes Up With A Plan

More The Young and the Restless spoilers for the month of June reveal that Tara might come up with a plan. She might ask Kyle to pretend to be a couple. As fans know, Ashland isn’t Harison’s bio dad. However, he has a lot of money and power, and he could use it to get Harrison’s custody.

So, Tara might feel that if Harrison’s real parents stand in front of the court asking for their son’s custody, it would be much more appealing. If this does happen, poor Summer will find herself questioning everything. What would Kyle do? We will have to wait to know.

Spoilers reveal that the viewers will get to see a new and an old face coming back to the soap opera in the upcoming month. As for the new face, Telma Hopkins is coming to Genoa City. And she will make her debut this June 1. Hopkins will play the role of a private detective upon her arrival on the soap.

Another face that viewers would get to see is Mishael Morgan, who will come in to reprise her role as Amanda Sinclair. Mishael will also come back on June 1. A few weeks ago, she had eye surgery that forced her to take a break. Actress Kayla Mosley had stepped in her shoes to play the character of Amanda Sinclair. However, now, Mishael will be back in Genoa City all well and full of action.

The Young And The Restless: Amanda Tries To Find Answers

Speaking of Amanda, The Young and the Restless spoilers suggest that in the month of June, she will tirelessly work to look into her family’s past. Amanda recently came to know that before her dad died, he wanted to find her and her sister Hilary. So, that will indeed raise a number of questions in her mind. In the upcoming month, Amanda will be out looking for answers.

Now, the question is, what would Amanda find? Would she find something about Naya or Sutton, maybe? There is something hidden there, and even Amanda feels it. So, she might start a thorough investigation. She might want answers that would be able to fill the gaps that are missing. In the process, it is possible that Amanda might even get the answers to some questions that she might have about her parents.

Nick Gets An Offer

The Young and the Restless spoilers reveal that Nick will get a business offer in the month of June. Who could this be coming from? Keeping in mind everything that is happening in Genoa City, it could easily be Victor who might have proposed this opportunity. Adam and Victor are launching Newman Media. So, they might think that inviting and welcoming Nick into this business would be a nice idea.

The Young And The Restless: Victor Plans An Attack

Speaking of Victor, The Young and the Restless viewers know that he isn’t the kind of man who lets his enemies go. So, in the month of June, Victor will come up with a plan, and this might have something to do with the revenge he want to seek from Billy and Lily. His main target will be Billy. Also, it looks like Victor’s children- Adam and Nick, might be by his side in this war.

What’s Up With Sharon and Rey?

Recently, actress Sharon Case who plays the character of Sharon on the soap opera, revealed a few things about what would be happening next in an interview. She revealed that things might start looking good for Rey and Sharon in the upcoming days. They will also move on from whatever has happened lately and get onto a fresh start. This is indeed good news for all the “Shey” Fans.

The Young And The Restless: Has Adam Really Changed?

In the same interview, Case also chimed about Adam and how he did a nice thing by saving Faith twice. In the interview, she revealed that Adam would be looking for redemption down the line. He might be looking forward to a new chapter of his life where he really becomes a good man. If Adam really changes and becomes a good man, it might affect ‘Shey’ big time. Then, it is also possible that Adam might leave Sharon alone and focus on other things. We will have to wait to see what happens there.

It really is high time that we start wondering if Chase would ever come back. Every episode of The Young and the Restless sees poor Abby, who misses her husband big time and looks forward to his comeback. So, we can’t help but wonder if he would ever come back? Donny Boaz, who plays the character of Chance, has landed a role in CW’s All American show. So, he has made a smooth transition from the soap world to the TV show world.

However, that does not mean that he cannot come back. It is possible that Boaz might reprise the role down the line. Or, it is also possible that there might be a recast. We will have to wait to see what happens there. The month of June will be full of a lot of action and drama. So, make sure you tune in and enjoy—new episodes of The Young and the Restless air on CBS all weekdays.