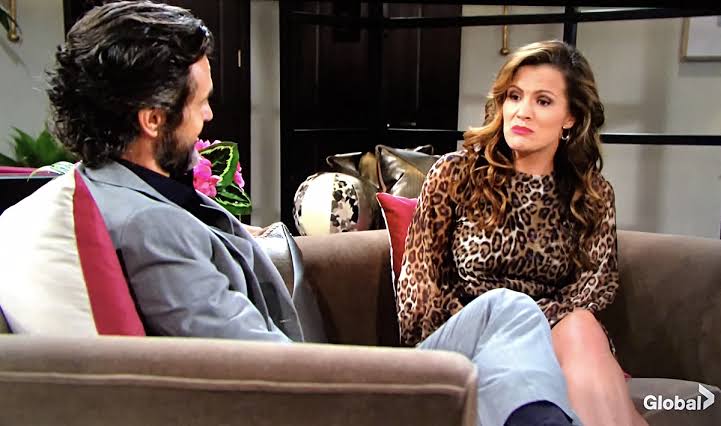 'The Young And The Restless' Spoilers For Next Two Weeks: Chelseas’ Fear Turn Into Reality?

According to The Young And The Restless Spoilers for the upcoming two weeks of November 2019, Genoa City will deal with Simon’s madness. Chelsea will face what she was fearing, and there is something to reveal. The relationship between couples is also in grave danger.

The Young And The Restless Spoilers: Simon Gone Mad

Chelsea, Connor, and Abby Newman rely on Simon Black’s mercy. They are all in danger because Simon is gone mad. There will be a panic around when Simon holds Adam Newman at gunpoint. This will happen when Adam asks his dad to take Connor to Hope’s farm. To bid goodbye to Chelsea, they will stop at the hotel, and there they meet chaos. Adam then will refuse to leave his family in danger, and Simon knows that they are federals.

The Young And The Restless Spoilers: Phyllis The Saviour?

Phyllis Summer is the one who has designed security. Phillip Chance Chancellor IV will also show some heroic moves. Therefore, she will succeed in saving a life, failing Simon Black in his dark activities. Why will Phyllis do this? Who knows there some benefits for her?

Paul Davidson will give this bad news of The Grand Phoenix incident to Nick and Jack. By the end of this week, we will see Nicks’ campaign fail. It will be because of Chelsea. She already feared this. Actually, because of the illegal activities of her ex-husband, when Simon will make it public. Adam will also ask Chelsea about her past. And it seems that she will open up some details of what she was doing with Kevin’s money.

From new opportunities to dangerous situations, it’s a can’t-miss week on #YR

Back to Adam again. The spoilers say that he will entrust Sharon Newman. The case of Sharon! It may be because of the trauma his son Connor has faced at the Grand Phoenix. He has already passed through so much. He is worried because of its’ wrong effect on Connor. Sharon is focused on Connor because she is happy with her relationship with Rey and doesn’t want to disturb it.

The Young And The Restless Spoilers: Couples In Troubles

The Young And The Restless Spoilers predict that after her arrival to Genoa City, Ashley Newman will feel like an outsider. She will offer a job to Theo, as she will find him fit the position she has for her work in Paris. Summer also is not happy with the situation and, therefore, will meet an argument with Theo. She was upset with Kyle’s behavior, but it seems that after the matter of job offer, she will support Kyle. So does the rule say that Lola will stand by Theo.

Shocker: Jill To Reveal What?

There will reveal a shocker in The Young And The Restless. The spoilers say that Jill Abbott will send an SOS to David Hamilton. She is overwrought about something. Can we assume the discovering regarding Cane Ashby? We don’t know how Cane will leave Genoa City. The spoilers say that Cane may go missing or probably dead. When Devon catches up with Jill, he will find out the troubles.

The Young And The Restless Spoilers: Nick To Threaten Adam?

The spoilers say that Nick will deliver a threat to Adam. His threat may be tied to his campaign, or we don’t know what trick it is. He will make himself clear for someone. The exciting weeks with spicy drama are coming. Stay tuned with TV Season Spoilers to get Y&R The Young and the Restless Spoilers and updates for upcoming episodes.