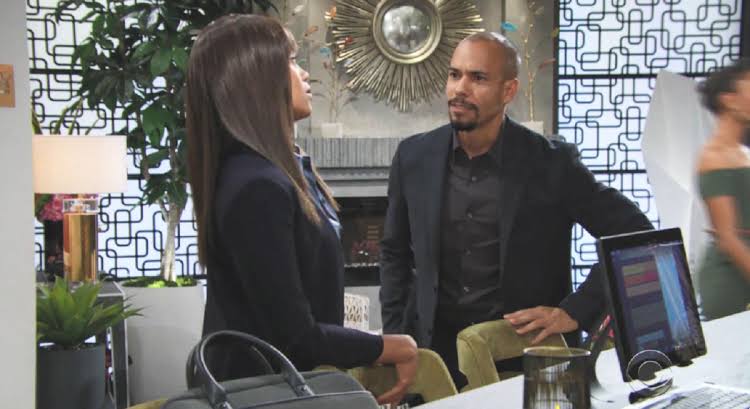 The Young And The Restless Spoilers For Next Week: Get Ready For Horrible Cat-fight

According to the Young and the Restless Spoilers for the first week of December 2019, the bond of relationships for some people will turn strong. There will be horrible catfight. Romance will roam around Genoa City, and some people will suffer the bitterness of destiny.

The Young And The Restless Spoilers: Amanda To Pair With Nate?

The Young and the Restless spoilers say that in the coming week, the allegation on Amanda will continue, and Nate will be there defend Amanda. In the past days, Nate and Amanda became companions, and hence he had to stand for her. Does it mean that the viewers will experience something more than friendship between them?
On the other hand, Devon will have a hard time because he is unable to rid off Amanda. He is still struggling with what happened in the past. Now, the spoilers state that his relationship will Elena will be on the test. Should we expect that the couple is breaking up?

The Y&R: Decision For Connor’s Sake

The spoilers predict that Chelsea and Adam will individually make decisions. Chelsea, who is because of Connor residing with Adam, decide what is best for her child. She may choose to stay with Adam or say goodbye to him forever. Adam, on the contrary, will worry about his influence on Connor. His past is not respectful, and he doesn’t want Connor to mimic Adam, as the kids usually do. Perhaps he will make an unusual step for his son’s sake.

The Young And The Restless Spoilers: Proposal And Cat Fight

The anticipations hint that there will be a wild catfight between two of the ladies. Phyllis and Abby will have a physical confrontation. In fact, they will slap and punch each other as the teaser revealed. The outcome of the hostility they had for each other?
Moreover, the Young and the Restless spoilers say that the fans will witness reemerging flames of romance between Nick and Phyllis. They will have a memorable walk. We don’t know in which manner. However, Abby is interested in Chance. She may offer him a job as head security in the Grand Phoenix to keep her hotel safe.

The Young and the Restless spoilers indicate that Summer will think about her step in a relationship with Theo. She may take their relationship to the next level or altogether leave him.
At the end of the week, viewers will see Amanda and Billy on the same shore. Both are isolated because of the situation. Will Victory worry for Billy as she always does? Stay tuned with TV Season Spoilers to get Y&R The Young and the Restless Spoilers and updates for upcoming episodes.