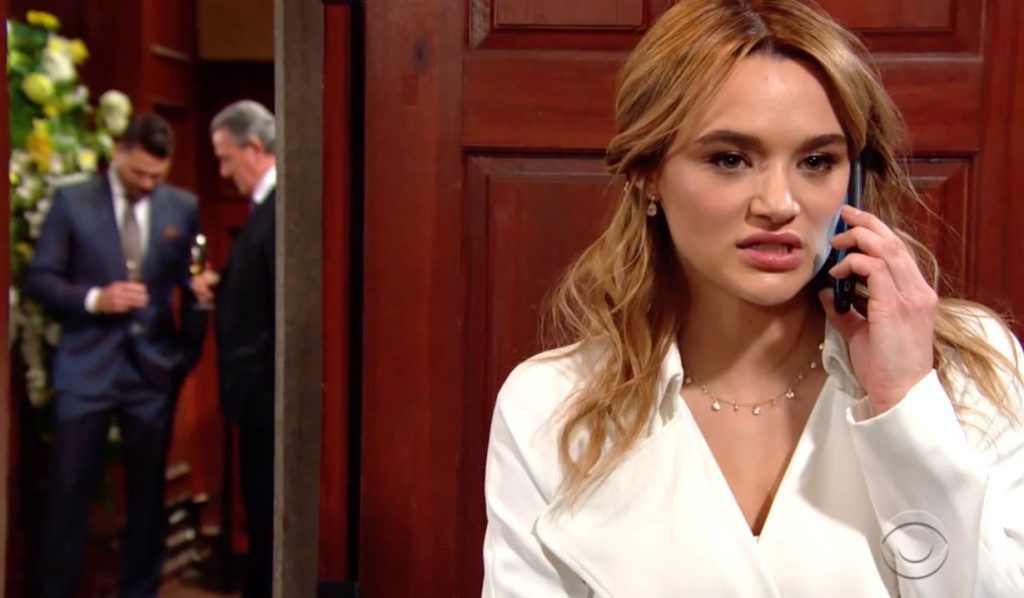 The Young And The Restless Spoilers For Next Week : Mariah's Warning For Summer

According to the Young and the Restless Spoilers for the upcoming week of December 2019, a character will decide to stay in Genoa City. The fever of Amanda is not ending from Devon’s mind and also Victor. He won’t trust Amanda and, therefore, spy on her. Summer and Theo’s relationship is moving to the next level, and Mariah will threaten Summer. Adam is brewing Chelsea by her side again. A true drama!

The Young And The Restless Spoilers: Chance To Make A Secret Pact?

The Young and the Restless spoiler tease that there are chances for Chance’s extended stay at Genoa City. The robberies which happened in the Grand Phoenix were caused by Abby Newman and would be held accountable for her traps. It seems that Abby set those jewelry robberies to push Phyllis out of the way.

However, the predictions say that Chance will have an offer from Abby Newman to join as the head of security, and most probably, Chance will accept it. It sounds like a secret pact. Who doesn’t know what Abby’s plans are? She wants to date Chance, and the spoilers say that in the end, Chance will decide not to leave GC. Why would he when the heads and tales are on his favor?

The Young and the Restless spoilers say that Devon is trying very hard to rid off Amanda from his mind, but he is failing. Devon can’t forget that Amanda looks like Hilary Hamilton. He will be battling between hating and loving Amanda at the same time.
Despite being overburdened with his hidden secrets of Hilary and Amanda, Devon will keep Elena Dawson in darkness. It is becoming difficult for him to battle those facts. Would he calmly listen to his heart?

The Young And The Restless Spoilers: Victor To Spy Amanda

The Young and the Restless Spoilers say that Billy is not yet evil, but he is not out of his old habits. Those will cause him trouble. Billy may not be cheating, but it is questionable for him to hide secrets. Is something cooking in his mind? Is closeness with Amanda are doubtful too.
Victor is not sitting quite yet. He has sent someone to find out Amanda’s background, but there are fewer chances to find much. As for Amanda, there is another person who is behind her. She is hiding maybe from someone of her ex who was abusive. However, Victor won’t know about it. The only thing he knows is not to trust Amanda. So, he is finding more regarding her.

The Young And The Restless Spoilers also suggest that while Kyle will be celebrating his victory to throw out Theo, it may turn problematic for him. However, it is also not good news for Theo.
Summer will have some alarmin words from Mariah. She doesn’t want to let her best friend’s marriage destroyed. Mariah will tell Summer to stay away from Kyle. On the other hand, fans will witness Summer and Theo’s relationship taking the next step. Theo will ask her to move together. Maybe, it is his strategy to get her back. These relationship things!

The Young and the Restless spoilers reveal that while Adam is taking care of Connor, he is also interested to know the truth of Phyllis and Nick’s relationship. He wants Chelsea, and that’s why it is okay if Phyllis and Nick are having any sort of connection. Wouldn’t it look good to watch old couples together once again. Stay tuned with TV Season Spoilers to get Y&R The Young and the Restless Spoilers and updates for upcoming episodes.