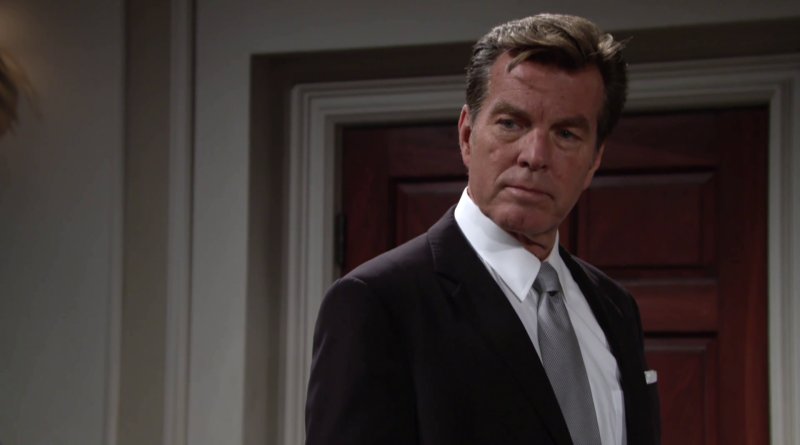 'The Young And The Restless' Spoilers For The Week Of November 25: 30 Years Of Jack Abbott

Everyone is celebrating American Thanksgiving in the coming week. The Young And The Restless fans can thank us later for all the spoilers. There are some happy and sad moments in store for the Young and the Restless Fans in the upcoming week. There will also be a lot of drama on the way. Two Characters on the show will have a massive face-off. A couple might be struggling a bit. Above all, there are a lot of celebrations underway. This is everything that could feature in the upcoming week’s episodes.

Chelsea To Face A Loyalty Test

Latest The Young and the Restless Spoilers reveal that Chelsea might go through a rough phase. It looks like she will have to prove her loyalty. There is a chance that she will have to decide to choose between her beloved boyfriend Nick and her son’s father, Adam.

The Young And The Restless Spoilers: Will Sharon Help Adam?

Adam has a lot of roles to play this week. As the week rolls towards the end, Adam might reach out to Sharon for some help. Before that, he will tell her some secrets to keep safe and then ask for assistance. The question is, Will Sharon, be Adam’s helping hand? How will Rey react to this news? We will have to wait and watch.

The new Young and the Restless spoilers hit that Nick will all of a sudden start worrying about Chelsea. Adam will feel that using Connor’s issues; his brother is trying to get closer to his girlfriend. This might create some problems for them.

Y&R Spoilers For Next Week: Will Colin Betray His Son?

In the upcoming episodes, Colin might betray his son and blame him for the will Scheme. Ashby might be placed in a hard space. His and Devon’s other face-off might be on the cards.
Will all this result in Ashby’s exit from Genoa City?

Kyle will try to adapt to his new environment in the coming week. Along with this, he will also try to align with his cousin Theo, his new office partner. Fans can expect a rift between the two.

The Young And The Restless: Celebrations Are On The Way

With so much drama happening around, something good happening is such a good change. The Young and the restless teasers indicate a special episode. The special episode will be dedicated to celebrating 30 years of actor Peter Bergman as Jack Abbott. Fans will get to revisit some memorable scenes with the Traci and Jack giving the final touches to their book. It will nice to have nostalgia for once.

Sharon To Do Good Deeds

Young and the Restless spoilers show that Sharon will do good deeds by hosting a Thanksgiving dinner for Genoa City’s homeless. Rey, Nate, Elena, and Mariah, Kyle, and Lola will help him do this. This indeed will give a nice message to the viewers.

Nikki To Host A Thanksgiving Too

The Moustache and Nikki will enjoy Thanksgiving with their clan. The duo will host a Thanksgiving dinner for all. However, things might get off the track, and something unexpected could happen.
Is it possible to enjoy a family dinner without any drama? NO! There’s a lot of drama coming your way in the week’s episodes. Stay tuned with TV Season Spoilers to get Y&R The Young and the Restless Spoilers and